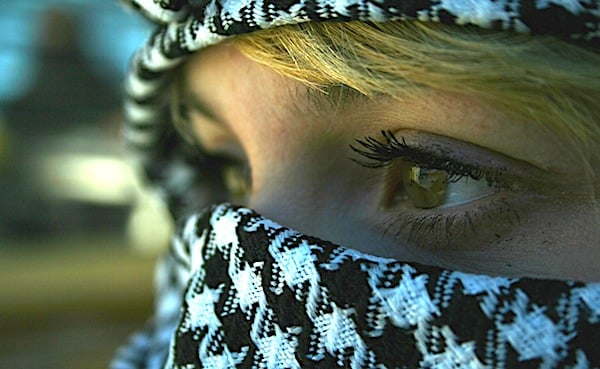 A new report from the Palestinian Media Watch, which monitors and comments on media reports in the Middle East, is raising alarms that Palestinians are assembling a real-estate empire.

With money that is donated by other nations to help the Palestinian people.

The report from PMW explains over the last five years along, the international community has handed over billions of shekels/dollars/euros to the Palestinian Authority.

"While the PA, headed by Mahmoud Abbas, is begging for aid, the Palestine Liberation Organization (PLO), also headed by Abbas and funded by the PA, is building a multi-million dollar international real estate portfolio," the report said.

For example, an official for the Fatah-run Awdah Amad Assaf said in recent years, the "State of Palestine," which is not, in fact, a nation, has followed Abbas' instructions to set up more than 100 embassies, which were specifically purchased for those purposes.

"The truth is that this embassy [in Tunis] was born from the Palestinian-Tunisian collaboration, and according to direct orders and instructions from His Honor [PA] President Mahmoud Abbas that we have headquarters for the State of Palestine’s embassies in the various world states and that they be owned by the Palestinian people," his statement said.

"Also, it is true that the effort building this embassy is… part of a comprehensive effort that President Mahmoud Abbas has made to ensure for us ownership over embassies worldwide. Today we the State of Palestine has more than 100 embassies and ambassador residences, some of which contain residences for employees. This exists around the entire world and in various states in the world, and this [happened] during the years that have passed... These headquarters, embassies, ambassador residences, employee residences, and all these buildings that have come under the ownership of the State of Palestine are a national treasure for the Palestinian people, and certainly this treasure is the property of the Palestinian people… It is the Palestinian people’s right to be proud of this great achievement, which was realized as a result of great effort and attention by His Honor the President and was carried out by the Palestine National Fund."

"While the purchase of 'more than 100 embassies,' homes for ambassadors and residences for employees would ostensibly have been a substantial development expense, the reported 'development expenditure,' of the PA Ministry of Foreign Affairs and Embassies for the same 10-year period totaled only" about $8 million, the report said.

And only the "embassy" for "Palestine" in Dublin apparently has been valued at nearly $1.5 million, the report said.

"Accordingly, it would seem clear that the purchase of over 100 embassies and residences likewise was not conducted with funds from either of these sources," the PMW reported.

It said, however, the PA transferred nearly $2 billion to "PLO Institutions" during that time frame.

"In other words, while the PA has been begging and receiving hundreds of millions of dollars/euros from donor countries to run the PA, in fact it would seem that large amounts have gone to the PLO to fund the purchase of the embassies. While the properties are meant to be the under the ownership of the PA, in fact, it would appear that the properties are actually owned by the PLO," PMW reported.