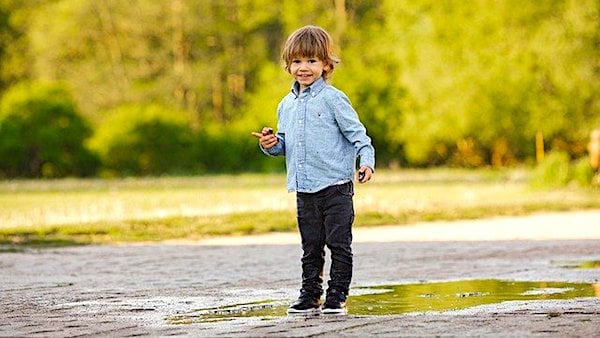 (Image by Lubov Lisitsa from Pixabay)

State members of the National School Boards Association slammed the organization following its letter addressed to President Joe Biden’s administration that compared parental concern at school board meetings to actions of “domestic terrorists,” according to emails obtained by Parents Defending Education through a public records request.

Emails between Delaware, Florida and Ohio school board officials and National School Boards Association (NSBA) leadership showed the discontent its state members had with how the national organization handled the letter and the claims it made. The NSBA sent a letter on Sept. 29 that asked President Joe Biden’s administration to use federal legislation, such as the PATRIOT Act, to stop threats and violence in public schools toward school board members over actions that could be “the equivalent to a form of domestic terrorism and hate crimes.”

On Oct. 10, Devin Sheehan, a regional director for the NSBA, sent a letter to executive directors to “compile any concerns, thoughts or recommendations” from its northeast region state board associations, according to the emails.

Regarding AG Garland’s response to the question of whether or not the Dept. Of Justice memo has a chilling effect on parents: pic.twitter.com/8tp5TkmC6k

John W. Marinucci, executive director of the Delaware School Boards Association (DSBA), said he had several board members calling for a withdrawal from the NSBA along with a formal request of “a retraction of the wrong wording” in the Sept. 29 letter, according to the emails.

School board members are requesting an apology for claiming the letter was “on behalf of our state associations and the more than 90,000 school board members who govern our country’s 14,000 local public school districts,” because the “DSBA was not consulted prior to the issuance of this letter. Had the letter been properly vetted prior to it’s release, the DSBA would NOT have authorized it’s release on our behalf .”

He also expressed concerns over the suggestion “that the NSBA is seeking to silence the protests and concerns raised by parents and taxpayers” because while it has seen protests at school board meetings, it has experienced “no violence or threats of violence against school staff or board members,” according to the emails. The DSBA said it has already issued local school leaders guidance about how to best handle protests, which “advised the use of LOCAL law enforcement – NOT federal intervention.”

Beverly Slough, chair of the St. Johns County School Board, said in an email to the NSBA that she objected “to the sending of the letter to President Biden in the strongest way” and was “greatly disappointed that all this was done without discussion and approval of the National Board.”

She condemned the fact that the letter was “sent without the full concurrence of the full Board of Directors,” and even though they “have all been under duress at our meetings” she did not feel “that it rises to the level of asking for federal law enforcement to manage the meetings,” according to the emails.

“This is what I feared,” Slough followed up in an email that linked to a joint statement from Parents Defending Education and 23 grassroots parent activist groups. The letter was addressed to NSBA President Viola M. Garcia and Interim Executive Director & CEO Chip Slaven, who were the co-signers of the Sept. 29 letter.

The NSBA cites a small number of incidents to signal that parents who are criticizing and protesting the decisions of school boards are engaging in “domestic terrorism and hate crimes,” the letter said.

The NSBA invokes the PATRIOT Act, which is “the association of legitimate protest with terrorism and violence reveals both your contempt for parents and your unwillingness to understand and hear the sincere cries of parents on behalf of their children,” the letter continued. “To equate parents with terrorists dishonors the thousands of victims of actual terrorism around the world. Have you no shame?”

“Your letter to President Biden is a thinly veiled threat, intended to intimidate into silence and submission the very constituents that your members ostensibly represent,” the letter added.

Ohio School Boards Association (OSBA) member, Bill Ferguson, blasted the NSBA’s letter in an email he wrote to Garcia and Slaven where he called it a “partisan attack” on parents and citizens who are exercising their First Amendment rights.

“This appears to be a personal-agenda letter that has no place in a national organization that purports to represent 90,000 locally elected school board members, all of whom have varying views on many issues,” he added.

He said the national media attention due to the letter “has set back years of work by the NSBA” that has totally undermined the initiatives of the state associations and local school board members.

“To call for the ‘resources of the U.S. Department of Justice, Federal Bureau of Investigation (FBI), U.S. Department of Homeland Security, U.S. Secret Service, and its National Threat Assessment Center’ is extreme,” Ferguson wrote. “Further, to equate the actions of our citizens, our PARENTS, to ‘the equivalent (of) a form of domestic terrorism and hate crimes’ is way over the line. What were you thinking?”

The NSBA was in communication with the White House over its letter in the lead up to its Sept. 29 release, according to emails obtained by Parents Defending Education (PDE). The White House staff “requested additional information on some of the specific threats” of violence directed at public schools and school board members.

On Oct 4., Merrick Garland’s Justice Department responded to the NSBA letter with a memorandum that called on the FBI to “use its authority” against parents who threaten or use violence against public school officials, citing a “disturbing spike in harassment, intimidation, and threats of violence against school administrators, board members, teachers, and staff.”

In response, the NSBA sent out a memorandum apologizing to its state members for the letter and the manner in which it was published.

Despite the NSBA’s apology, state members have continued to revoke their memberships and distance themselves from the national organization. New Hampshire was the fifth state to withdraw its membership from the NSBA Thursday, along with Louisiana, Missouri, Ohio and Pennsylvania.

The NSBA did not immediately respond to the Daily Caller News Foundation’s request for comment.