Apparently, schools in America think it's all right to censor "Jesus" in their classes, but they are willing to change their rules to allow "satanic dress."

It was a fight that erupted in Mississippi when one student wore, during COVID-19, a face mask with the words "Jesus Loves Me," that highlighted the conflict.

The third-grade was informed, by her teacher, that she would not be allowed to wear it in school. Now a lawsuit has developed. 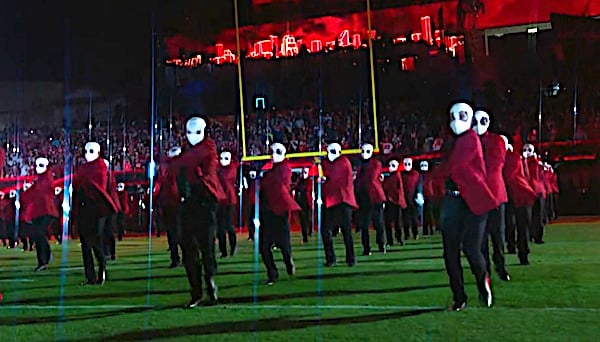 Those articles of attire had been banned earlier, along with clothes that were "sexually suggestive, obscene or promote violence," the report confirmed.

The school confirmed, "Although we have had no complaints or concerns brought forward by any student, parent, or resident we will remove this language from our current dress code information in the student handbook."

The report said it was "a victory" for Satanists.

MSNBC said, "Joseph Rose, founder of the Philadelphia area group Satanic Delco, began contacting the school district about a month ago after learning about the dress code language from parents with children in the district. The wording is discriminatory, he argued."

"The idea that a public school, which really isn’t a place for religion to begin with, would allow all but one religion is just so obviously unfair and unconstitutional," Rose claimed in a television interview.

A local Satanic organization has convinced a school district in Delaware County that its dress code was discriminatory against Satanists. https://t.co/ZUpYoPnpw7