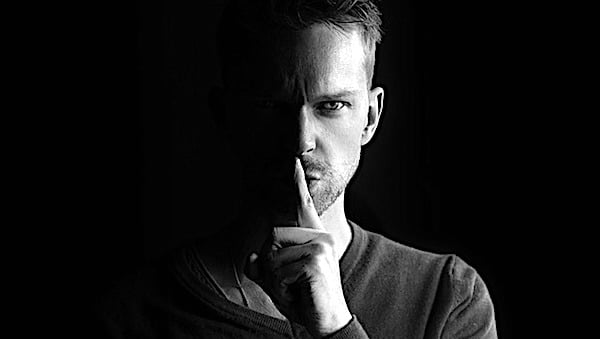 (Image by Sammy-Sander from Pixabay)

I recently discovered that George Mason University failed to report its $3.1 million gift to the Department of Education (ED), in apparent violation of the Higher Education Act. The gift was part of a major commitment made by Turkish businessman Ali Vural Ak in 2009.

This wasn’t just any donation. Ak’s gift established the Ali Vural Ak Center for Global Islamic Studies at the university. The Center advances “a sound and nuanced understanding of Muslim societies and the Islamic faith, its role in world history, and its current patterns of globalization.” Prior to the Center’s founding, GMU wanted to expand its Islamic studies program and accepted a $1.5 million grant from the Virginia-based International Institute of Islamic Thought (IIIT), an organization under a years-long federal investigation for possible links to terrorism.

GMU justifies its reporting negligence by hiding behind its foundation.

“Mason’s reporting under Section 117 of the Higher Education Act did not include foreign gifts received by the George Mason University Foundation as the Department of Education did not issue its updated guidance until 2019 clarifying that gifts made through related foundations should be included,” reads an October 7 email from Robin Parker, Interim Assistant Vice President of Communications.

Universities have been required to report foreign contracts and gifts exceeding $250,000 since 1986. The George Mason University Foundation received 31 checks from Ak – $100,000 each – which were then sent to GMU and used to support the Center’s employees and activities between 2009 and 2018. In other words, GMU received $300,000 per year from Mr. Ak during this period. But GMU claims there was no need to report it since the money went through its foundation first.

While university foundations act merely as a pass-through between foreign funds and the university, they exist as legally separate entities from their affiliated institutions and thus manage to escape a significant amount of government scrutiny. So GMU took advantage of this ambiguous regulation to hide foreign gifts from the government for years.

GMU is not the only school to hide or obscure foreign money. The University of Arkansas system’s general counsel Fred Harrison said in 1994 that the university did not have to “technically” report a $21 million gift from Saudi Arabia used to establish the King Fahd Center for Middle East Studies. A private trust affiliated with Arizona State University expressed similar sentiments regarding a $500,000 gift from Taiwan to support the university’s Barry M. Goldwater Chair.

Despite its importance for monitoring foreign influence in higher education, Section 117 of the Higher Education Act has gone almost entirely unenforced. The Trump administration tried to address the issue by investigating universities with massive endowments. In 2020, an ED report found that universities failed to disclose more than $6.5 billion in foreign gifts – often by hiding these gifts in their associated foundations.

The ED created an online portal along with updated guidance to make reporting compliance easier for universities. If the message wasn’t clear before, it was blazingly clear now: foreign contracts and gifts exceeding $250,000 must be reported, whether they come through the university’s foundation or not. Around 60 institutions filed their foreign funds for the first time, reporting over $350 million in 2020.

But the Trump administration’s steps did not go far enough. Years of unreported foreign donations prior to the change remain unseen. Additionally, university foundations are often immune from public-information requests, thus allowing them to avoid typical transparency measures.

Second, the ED should require universities to, as far as possible, report foreign gifts received by foundations prior to the 2019 guidance. Universities need not be punished for the lack of proper enforcement prior to 2019, but the information contained in these records is still of public interest. Taxpayers need to know how much foreign funding public universities have been gobbling up for decades.

While the infrastructure exists for universities to make the right decisions, hidden foreign funding is a much bigger problem than previously understood. Holding our higher-education institutions accountable is the only way to make the message clear: reporting negligence will not be tolerated.

Neetu Arnold is a senior research associate at the National Association of Scholars and the author of Priced Out: What College Costs America. Follow her on Twitter @neetu_arnold.