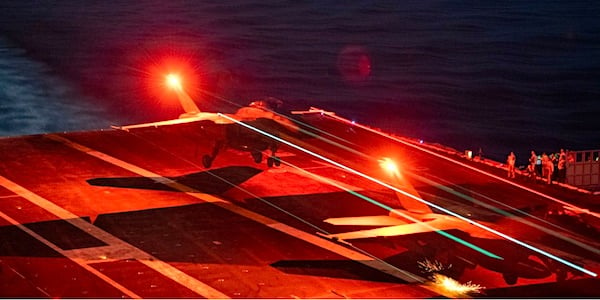 In a recent town hall, President Biden was asked whether the U.S. would defend Taiwan from China. His answer was clear: “Yes, we have a commitment to do that.” White House officials later walked back the President's comments, reiterating the U.S. policy of “strategic ambiguity” in which America declines to take a position on whether it would or would not intervene to protect Taiwan in the face of a Chinese assault.

This apparent flip-flop reflects a larger trend in the U.S. conversation about Taiwan. Americans are of two minds about Taiwan, and that's the problem.  Debates are normally a good thing, and democracy needs them.  However, in international relations, they can pose problems. Not being confident about our next step as a nation makes it more likely to signal ambiguity to China, which could lead to an unnecessary and costly war.

It has taken experts on international affairs a very long time to begin to correctly understand what causes war.  Many are still confused, unfortunately.  Most wars are the product of uncertainty about who wants what or how willing they are to try and get it. Wars are not caused by power or resolve but by disagreements about these things. Similarly, you do not get deterrence just by talking tough. Nations deter when they are convincing, not conflicted.  So, when a nation cannot make up its mind, it increases the risk of war.  On China, it is time for America to make up its mind.

Unlike most "experts," I am not here to tell you what to think or want. Instead, my goal is to help Americans understand how an important process works.  In this case, the "process" is the path to a possible war with China.

Things are heating up in the South and East China Seas. Increasingly (almost relentlessly) voices from the foreign policy community in Washington and elsewhere are calling for the United States to protect Taiwan. The United States can deter China from acting to bring Taiwan under Beijing’s control, but it will take an extraordinary commitment. China today is not the China of a generation past. It has spent the intervening years preparing itself militarily and psychologically to re-integrate Taiwan with the Mainland, through force if necessary.

To deter China, U.S. leaders --- and indeed the American public --- must speak with one voice. Americans must be clear that they are willing to pay the enormous price to make invasion impossible or so costly that leaders in Beijing decide, again, to put off integration to another day. As I hope is clear, this is expensive and could risk the lives of U.S. military personnel and civilians alike.  It will also be an ongoing, enduring commitment; just as propping up the U.S.-backed government in Kabul demanded an American military expedition lasting over a generation, deterring China from taking Taiwan would be a mission with no apparent end date.  More importantly, it is a cost that Americans would have to embrace, clearly, firmly, in unison.  To harbor divisions on such a policy would invite deterrence failure and war.

It is also possible that, while many in the United States would like to protect Taiwan, the commitment is not there. If we are bluffing, we are not doing anyone a favor (least of all the 23 million Taiwanese).  America's recent history with military force makes the problem clear: It is hard to imagine that anyone in Washington, or indeed Afghanistan or Iraq, would chalk up the half-hearted intervention of American forces for over a generation as a "success."

Let us not let the nattering voices of policy advocates again confuse us with assertions about what Americans should want. If this is not something that the United States is truly committed to, it is a mistake to pretend. This subtle distinction has been missed by generations of “experts” and is at the core of possibly stumbling into a war with China today.  Precisely because America cannot make up its mind — whether to vigorously defend Taiwan or to draw the line with Beijing somewhere else — the risk of war is at present very real.

Erik Gartzke is professor of political science and director of the Center for Peace and Security Studies (cPASS) at the University of California, San Diego.