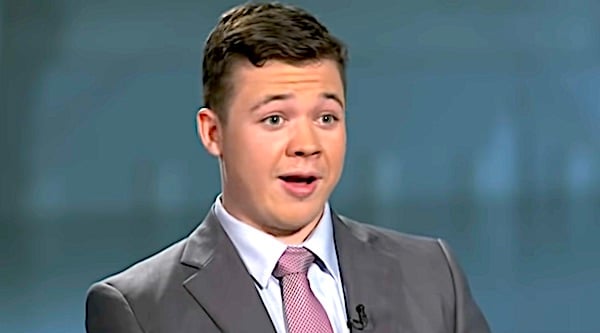 Liberals online have put together a long list of resources, accommodations and facilities to help those who are having trouble coping with the acquittal in the Wisconsin trial for Kyle Rittenhouse.

The 18-year-old was found not guilty of charges of murder for shooting and killing two rioters who reportedly were confronting him during a riot in Kenosha last year. A third was shot and injured.

His lawyers successfully argued it was self-defense, and even one of the prosecution's witnesses admitted he pointed his gun at Rittenhouse – and then Rittenhouse fired.

Now the Gateway Pundit has noted the list of allowances being made for those who now feel uncomfortable with the jury verdict.

For example, "Elementary Educators" said, "While the #RittenhouseVerdict is another painful reminder of anti-Black racism, let this be a moment to ignite action and learning for a different world."

Only those men who were shot, and Rittenhouse, weren't black. The only black was one member of the jury.

The report noted much of the listing was provided by the "Libs of Tik Tok," who pointed out that "Many universities sent out emails or put out statements condemning the jury decision, and offering therapy and safe spaces for those who need help processing."

THREAD: Many universities sent out emails or put out statements condemning the jury decision, and offering therapy and safe spaces for those who need help processing

The activists pointed out San Francisco's multiple options for those who felt offended by the verdict including the school's "psychological services."

The report said Chaffey College insisted that because of the trial, and acquittal, it's clear "our American judicial system can benefit from reform."

"May the families of Anthony Huber, Joseph Rosenbaum, and Gaige Grosskreutz find peace and comfort during this difficult time," the school said.

They were the three Rittenhouse defended himself against.

At Oakton Community College, an official told students Rittenhouse was given special privileges because he's "white" and wanted white students to examine their privilege.

The Gateway Pundit continued, "The letter to students at the University of WI La Crosse by the president and vice president of the student association in response to the Rittenhouse verdict seems like a great place for the fully-acquitted Rittenhouse to start with his defamation lawsuit.

"From their statement to students: 'Executives will unequivocally denounce white nationalism and hate-filled violence fully and without hesitation.'

"They added, 'We strongly condemn the actions of Kyle Rittenhouse, despite the court ruling on November 19, 2021,' adding, 'The idea that our criminal justice system is so broken as to allow racist acts of violence to unpunished is shameful.'"

Both the University of California and Rosemont College called the case "systemic racism."

Fitchburg State officials offered their students a space in which to "process the not guilty verdict." They insisted that white students not meet with students of color on the issue.

Vanderbilt mistakenly said the dispute arose in "Kenosha, Wash." and multiple schools recruited students for their "diversity" agendas by using the case.

Many offered "counseling" but one of the more extreme positions came in a statement from officials at Newton High School, which told parents and students that self-defense is "racist" and actually harms the jury system.