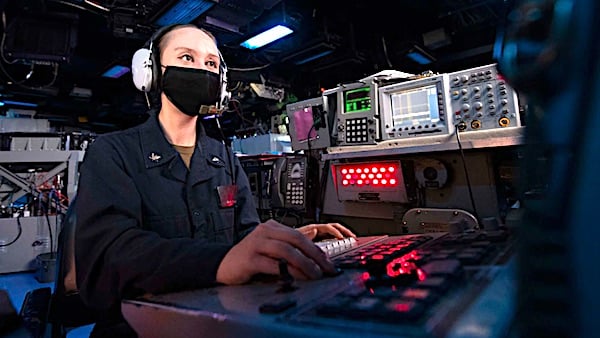 Francis Collins, the chief of the National Institutes of Health, has told National Public Radio in an interview that he wants to "track down" and deliver "justice" to those he thinks have distributed "disinformation" about COVID-19.

"I'm still worried about where we are," he said. "…the thing that worries me most is the way in which misinformation and, frankly, disinformation has become so prominent in the face of a public health crisis. And it has been manipulated in some situations for political reasons in a fashion that is turning our culture wars into something really serious."

He continued, "We probably lost 100,000 people to COVID-19 who were unvaccinated because they had information that told them that this wasn't something that would be safe for them. And that's heartbreaking. And it is kind of a breakdown, it seems to me, in our society of the ability to distinguish opinions from truth. And if we've lost that ability, if we can't sort through the evidence and understand what's real and true, then I worry about all kinds of other challenges that lie ahead for us."

He suggested punishment for those deemed to have disagreed with the government propaganda on the issue.

"And I think those who are intentionally spreading this kind of information that they know to be false for some political or personal reasons, I really think they are the ones that we ought to be trying to track down and figure out, why are you doing this? And isn't there some kind of justice for this kind of action? Isn't this like yelling fire in a crowded theater? Are you really allowed to do that without some consequences?"

However, a commentary by WND executive David Kupelian only weeks ago pointed out that much of the misinformation about COVID has come from – the government.

He explained, "Just a year ago, Dr. Anthony Fauci was widely regarded as a wise, warm, grandfatherly medical expert whom Americans could trust to guide them safely through a frightening pandemic. Today, we know that besides ushering in the catastrophic long-term national lockdown based on absurdly flawed computer modeling, changing his positions on almost everything, and increasingly flat-out lying, Fauci ignored the U.S. government’s own ban on funding dangerous “gain of function” research and recklessly sent American taxpayers’ hard-earned money to the Wuhan Institute of Virology to fund Frankenstein-type experiments to make bat coronaviruses more dangerous to humans. That is literally true."

He explained, "Americans are just starting to discover that most of what they thought they knew about the pandemic has been not just a lie, but in many cases a Big Lie – the exact opposite of the truth, intentionally meant to deceive and manipulate entire populations."

He cited the government demands for lockdowns, a "radical departure from previous public health practice," which were used to "corrupt the 2020 election and ultimately install a ruling regime of deranged leftwing revolutionaries untethered to reality, history, the Constitution, Judeo-Christian values, reason, decency, love or basic sanity."

"Then, just recently, most Americans finally learned that what Democrats, Big Tech, Big Media, Big Medicine and Big Fact-checkers had censored and mercilessly ridiculed for more than a year as a rightwing, racist, Trumpian conspiracy theory – namely, that the SARS-CoV-2 virus was actually created in a U.S.-funded level-4 biolab in Wuhan, China staffed with Chinese military personnel, and didn’t spontaneously jump species from a bat in a nearby 'wet market' – turned out to be true," he wrote.

Then, he added, "there’s the elite class’s maniacal obsession with forcing every living human being to be injected with an experimental messenger-RNA gene therapy, which they call a “vaccination,” despite an unprecedented lack of safety data and – as of this writing – more than 12,000 American deaths reported after receiving the mRNA jab."

Further, he said, there has been the "intentional suppression of well-documented, safe, effective and inexpensive early treatments for COVID-19 that could – and would – have saved hundreds of thousands of American lives. That is the considered conclusion of countless frontline COVID-treating doctors in the U.S. and around the world."

WND also has reported that physicians have begun forming alliances to fight the "government and media disinformation and censorship" during the pandemic.

The founders of the Pandemic Health Alliance met in Puerto Rico recently, issuing a manifesto called the San Juan Declaration in which they warned their profession is at "a crossroad."

"There has been an unprecedented and intentional assault on our ability to care for our patients," they wrote, according to LifeSiteNews. "Physicians, and all health care providers, must have the freedom to practice the art and science of medicine without fear of retribution, censorship, slander, and disciplinary action to include possible loss of licensure and hospital privileges, loss of insurance contracts and interference from government entities and organizations — all further preventing us from caring for patients in need."

The president of the alliance, Dr. Robert Malone; its medical director, Dr. Heather Gessling; and the director of research, Dr. Ryan Cole; were interviewed by Steve Bannon on his "War Room: Pandemic" program on the Real America's Voice network.

Malone, the inventor of the technology behind RNA vaccines, said government health officials and the media are undermining FDA-approved treatments for COVID-19 such as ivermectin and hydroxychloroquine, leading to pharmacies blocking doctors from prescribing the drugs for their patients.

And some academic journals are blocking the publication of studies showing the effectiveness of the drugs.

"We are in a situation where the government has seized control of the medical profession, and this is causing death," Malone said.

See the "War Room" coverage of the Pandemic Health Alliance:

Collins, to NPR, was promoting the experimental shots again.

"If you're over 18 and you haven't yet gotten a booster and you're six months away from your initial immunization if you got Pfizer or Moderna, or just two months away if you got J&J, this is a great moment to beef up that immunization so that you're less at risk," he said.

"The other thing, of course … is those 60 million people who haven't even gotten their first dose, if you've waited to sort of see whether it was necessary, hey, it's necessary. Don't wait any longer."

The charged that the "terrible, tragic toll" from the COVID pandemic is "almost entirely on the shoulders of the unvaccinated people."

Bob Unruh
Bob Unruh joined WND in 2006 after nearly three decades with the Associated Press, as well as several Upper Midwest newspapers, where he covered everything from legislative battles and sports to tornadoes and homicidal survivalists. He is also a photographer whose scenic work has been used commercially.
School caught spreading stories about student suspension that was reversed
University promises accountability for students who shut down free speech
Lawsuit accuses orchestra of violating law protecting religious faith
COVID-19 relief fraud likely 'biggest' in U.S. history
Trump showed terror leader satellite image of his home: 'Figure it out'
See more...

Why are so many residents fleeing California?

Oil company shows Wall Street how to do 'environmental' investments