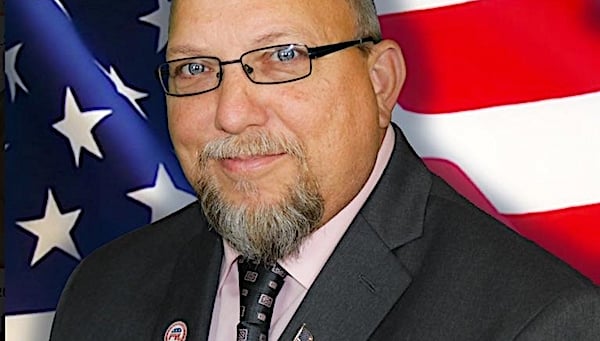 A political novice, a truck driver who spent just $153 on his election campaign, has unseated a longtime Democrat leader in the state legislature in New Jersey.

Edward Durr has been declared the winner in his race against New Jersey Senate President Steve Sweeney, who had spent decades in the lawmaking body.

Nearly half, $66, of his campaign spending apparently went to the Dunkin' Donuts restaurant chain, the Washington Free Beacon said.

Durr told Fox News he wasn't "seeking power or fame," and only wanted to give the people better representation.

NBC reported he was prompted to enter the race after being rejected for a concealed carry permit – even though he has a clean record.

He told Fox News' Rachel Campos Duffy he doesn't know his plans in office yet.

"That’s the key factor. I don’t know what I don’t know. So, I will learn what I need to know," Durr said in the interview. "I’m going to guarantee you one thing. I will be the voice, and people will hear me … If there’s one thing people will learn about me, I got a big mouth, and I don’t shut up when I want to be heard."

He's already on the record criticizing New Jersey Gov. Phil Murphy, who apparently won a squeaker over another newcomer this week, for his actions regarding the COVID-19 pandemic.

Durr was leading by more than 2,000 votes a day after the polls closed.

Sweeney, who was the longest-serving legislative leader in state history, now gives his seat to Durr, who self-described as having "a strong conservative belief."