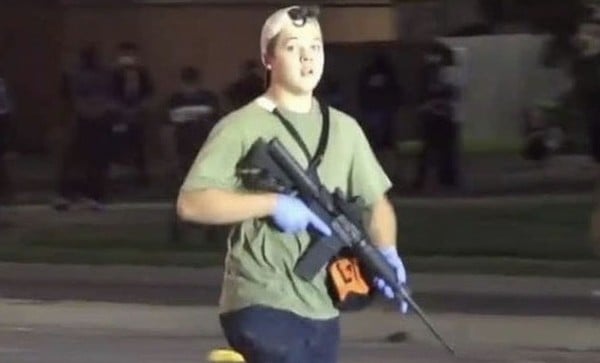 Kyle Rittenhouse, 17, was charged with murder in a shooting during rioting in Kenosha, Wis., on Aug. 25, 2020 (Video screenshot)

That justice in America is being influenced by politics these days seems without question.

Just review the hundreds of violent rioters from Antifa and BLM who during 2020 burned down huge sections of U.S. cities, leaving behind fatalities, and the fact they largely haven't face any charges.

And then look at some of the January 6 protesters who have been behind bars ever since that day, often for crimes as violent as trespassing or breaking windows.

But now comes, according to Fox News commentator Tucker Carlson, the "single most bizarre court proceeding ever caught on camera."

That would be the Wisconsin trial for Kyle Rittenhouse, which is close to reaching its conclusion.

He's the teen who was in Kenosha last year during a riot and shot three people, killing two.

Prosecutors claim it was murder; Rittenhouse says it was self-defense.

But Carlson notes that the prosecution's witnesses have been making the defense case.

"That would include even Gaige Grosskreutz. He's the avowed communist who Rittenhouse shot in the arm. Grosskreutz was supposed to be the prosecution's star witness in this trial. But once he got on the stand, he admitted that Kyle Rittenhouse only shot him after he pointed a loaded gun in the boy's face," Carlson explained.

Under questioning, Grosskreutz admits that his firearm was pointed at Rittenhouse, and that once it was aimed there, that's when Rittenhouse fires. 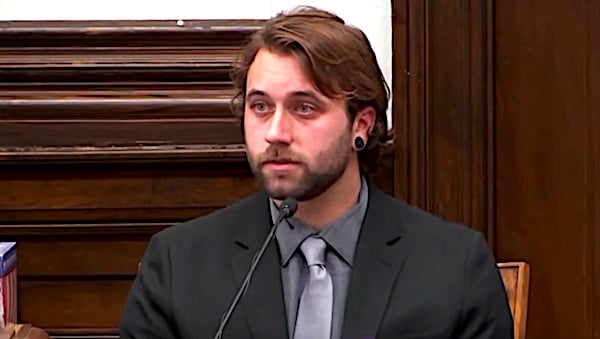 "So that's kind of it right there, that's pretty much the end of the trial, because when someone runs up and points a loaded gun in your face, you are allowed to shoot that person that is called self-defense. That's the rule. It has been the rule throughout human history, in every society on Earth since people lived in caves," Carlson explained.

Then the trial got "weirder," he said.

For instance, Grosskreutz admitted that he was carrying his gun illegally. And when he sued Kenosha for $10 million he forgot to mention that "he was carrying a firearm and pointing it in people's faces."

For instance, a detective at one point confirmed that the police did not search Grosskreutz's phone ''because the prosecution ordered the police not to look at the phone, and that had never happened before."

Apparently, Carlson explains, "the prosecutor didn't want to know what happened that night. He wanted to declare Kyle Rittenhouse a murderer. He was under enormous political pressure to do that, so that's exactly what he did. It goes without saying this is not how American justice is supposed to work. But thankfully, like most webs of deception, it collapsed under scrutiny in a big way." 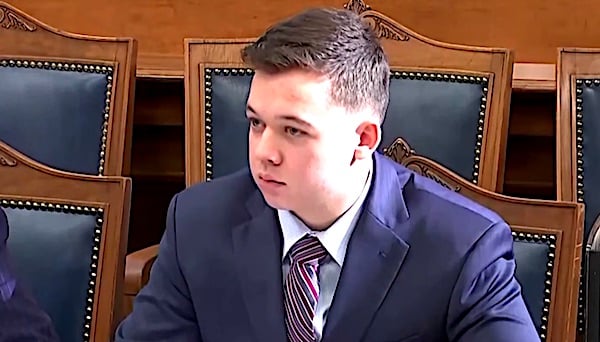 Prosecution witnesses also confirmed that one of the men who died had said "out loud that he intended to kill Kyle Rittenhouse."

Carlson noted, "In fact, at no point did the prosecution make its own case. They make Kyle Rittenhouse's case. Open and shut."

He said apparently the only way to get a political outcome in the case was to "threaten the jury."

"And as it turns out, some people are planning to do just that," he said, citing a statement fro Cortez Rice, a friend of George Floyd, who commented: "I ain't even going to name the people that I know that’s up in the Kenosha trial. There is cameras in there. There is definitely cameras up in there. There is definitely people taking pictures of the jury and everything. We know what’s going on. So we need the same results man. We need the same results. Justice for Daunte Wright."