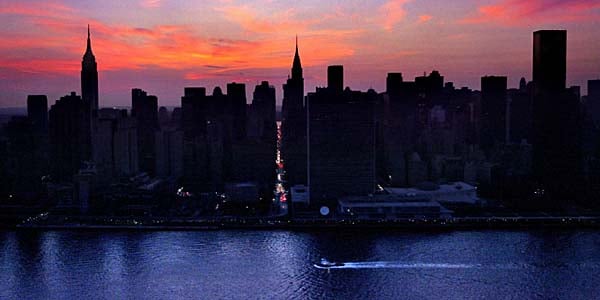 An upcoming Biden administration decision on a key pipeline could lead to widespread blackouts, Missouri-based power company Spire Energy warned in an email to customers.

The natural gas company, which serves 1.7 million homes throughout Missouri, Alabama and Mississippi, emailed customers Wednesday that a federal review of the STL Pipeline could jeopardize their energy supply. The Federal Energy Regulatory Commission (FERC) will discuss revoking the pipeline’s permit during a Nov. 18 hearing.

“The STL Pipeline was built to support your energy needs, along with those of more than 650,000 homes and businesses in the St. Louis region,” Spire President Scott Carter wrote in the email. “Since 2019, this safe, fully operational pipeline has been bringing even more reliable and affordable natural gas to our community.”

“Unfortunately, while the STL Pipeline continues to operate today, it is now in jeopardy,” the email continued.

The pipeline, which travels from Illinois to Missouri, received FERC approval in 2018 and began servicing customers in 2019, according to Spire. Shortly after the pipeline came online, the Environmental Defense Fund (EDF) sued the FERC over its approval.

In June, a federal appellate court ruled in favor of the EDF, saying FERC didn’t adequately analyze the pipeline’s permit request years prior. The ruling prompted the current review.

EDF, meanwhile, alleged that Spire was fear-mongering to its customers by warning of blackouts. But Carter held a press conference Thursday, reiterating the threat posed by the FERC review, the St. Louis Post-Dispatch reported.

“Our commitment has been to remain informative,” Carter told reporters, rebutting fear-mongering accusations, according to the Dispatch. “We’ve continued to highlight the importance of the pipeline.”

“We don’t want to alarm customers, but we want to be transparent with everyone about the energy they rely on,” Carter added in an email to NBC affiliate KSDK-TV. “Customers need to know that without the STL Pipeline in service during winter weather, the possibility of service disruptions and outages throughout the St. Louis area is very real.”

President Joe Biden has taken a hard anti-fossil fuel stance as part of his aggressive climate agenda since taking office. The White House revoked the Keystone XL pipeline permit, ditched an oil drilling project in Alaska and recently confirmed it was reviewing the possibility of shutting down a Michigan pipeline supplying much of the Midwest.

The White House didn’t immediately respond to a request for comment.