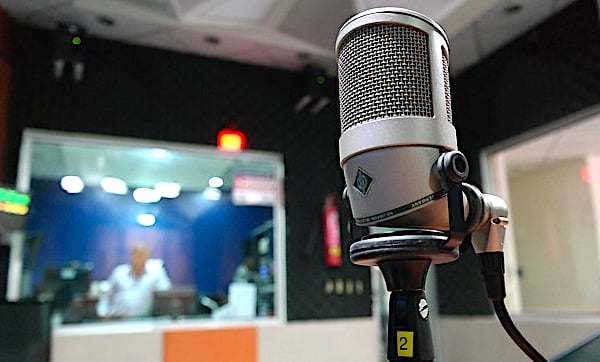 (Image by Samuel Morazan from Pixabay)

Washington, D.C., residents can hear Chinese Communist Party propaganda thanks to a radio station that has accepted $4.4 million over the last two years to air it, according to a report from the Free Beacon.

The report explains the Virginia-based Potomac Media Group revealed its "lucrative contract with the Communist Party's International Communication Planning Bureau" in filings submitted this week to the Justice Department.

The deal has Potomac's WCRW, an AM station, broadcast programming from the China Global Television Network as well as talk shows that shine a positive light on China.

The report explained the deal illustrates the "scope" of China's propaganda campaigns in the United States, "which have gone into overdrive in recent years as China seeks to distract from its human rights abuses," the report said.

The nation has been credibly accused of literal genocide campaigns against its minority Uyghur population.

The communists also promote their ideologies on social media and through publication deals with newspapers and such, the report said, citing the China Daily's payments to Time, Foreign Policy and the Wall Street Journal to publish its articles.

The report explained Potomac's filings with the DOJ give details about its funding, including that the communists are allowed to review broadcasts and verify programming. Potomac also is required to provide the communists with reports on audience reach, feedback and "evaluation from international" groups.

The payments of $4.4 million covered from July 2019 to August 2021 and covered several projects including broadcasting Chinese content and social media promotion.

The station has used content from the Chinese government's Radio International since 1992 but this filing was the first registration as a foreign agent of China.

The DOJ has been cracking down on the requirements that individuals and organizations register as foreign agents in order to continue operating.