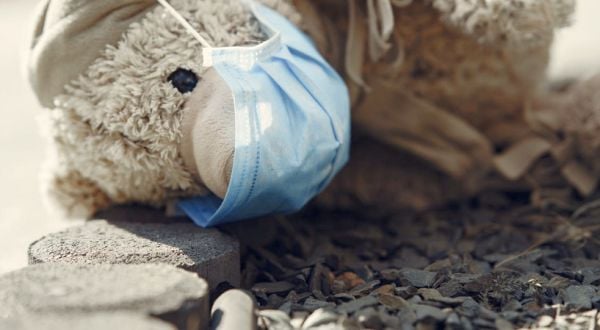 A study from Bangladesh touted by advocates of mask mandates already has been accused of design flaws and overstated findings, and now a researcher is spotlighting the minuscule infection differences between "treatment" and control groups randomized across 600 villages.

University of California Berkeley professor Ben Recht, who studies machine learning, pointed out in an essay that in a total study population of 342,126 adults, 1,106 people in the control group tested positive, compared to 1,086 in the treatment group, Just the News reported.

"I have a hard time going from these numbers to the assured conclusions that 'masks work' that was promulgated by the media or the authors after this preprint [not yet peer reviewed] appeared," he wrote.

Recht said the "raw number of seropositive cases" had been left out of the preprint by researchers, preventing him from "computing standard statistical analyses of their results."

That was long after media coverage touted "the largest randomized trial to demonstrate the effectiveness of surgical masks, in particular, to curb transmission of the coronavirus," Just the News said.

Recht pointed out the study was not blinded, did not exclude pre-intervention infections and was "highly complex" because of the mixed interventions.

One of the study authors, Abaluck, responded to Recht's analysis in an email to Just the News, calling it "deeply flawed."

Recht, Abaluck wrote, agrees that "our intervention led to a roughly 10% reduction in symptomatic seropositivity (going from 12% to 41% of the population masked)."

"Taking this estimate at face value, going from no one masked to everyone masked would imply a considerably larger effect" — a 33% reduction in COVID," the Yale researcher said.

"People underwhelmed by the absolute number of cases prevented need to ask, what did you expect if masks are as effective as the observational literature suggests?"

Abaluck agreed with Recht that "survey response bias is a potential concern." But he argued the "direction of the bias is unclear — individuals might be more attuned to symptoms in the treatment group."

Recht gave a short response in a Twitter thread Tuesday, saying Abaluck's argument "highlights how conventions in science can vary widely from field to field," in this case economics and medicine.

Those differences, Recht said, show why "we should pay more attention to effect size, bias, and confounding [variables] than any convoluted statistical argument."

Abaluck said in a tweet in March 2020 that federal or state governments "should immediately purchase a dozen cloth masks for everyone and strongly encourage everyone to wear masks when in public (perhaps even fine them if they don't)."

1) Federal or state governments should immediately purchase a dozen cloth masks for everyone and strongly encourage everyone to wear masks when in public (perhaps even fine them if they don't).

A study earlier this year by the University of Louisville was among many that found that state mask mandates did not help slow the spread of COVID-19. A CDC study in October 2020 indicated that Americans were adhering to mask mandates, but the requirements didn't appear to have slowed or stopped the spread of the coronavirus. And further, it found, mask-wearing has negative effects. The Association of American Physicians and Surgeons has compiled a page of "Mask Facts" showing that the consensus prior to the coronavirus pandemic was that the effectiveness of mask-wearing by the general public in slowing the spread of a virus is unproven, and there's evidence it does more harm than good.

An analysis published in Nature magazine found that N95 masks do offer some protection from airborne viral diseases, but the common surgical mask, which has holes bigger than the SARS-CoV-2 virus, loses any efficacy after about 20 minutes because of the buildup of vapor from breathing.