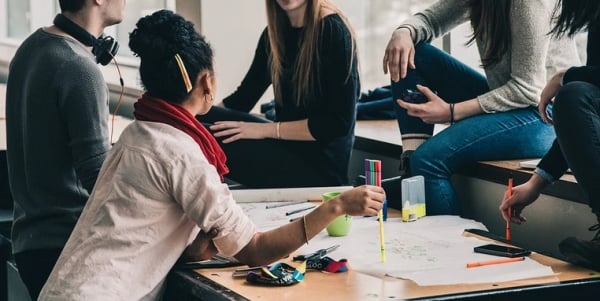 Young Democrats are far more likely to dismiss people from the opposite party, according to a new poll.

The survey by Generation Lab/Axios polling found that 5% of Republicans said they wouldn't be friends with someone from the opposite party, compared to 37% of Democrats.

Axios commented that the poll -- reflecting the sharp partisan divide among youth as each side "inhabits parallel political, cultural and media universes" -- suggests "a future of discord and distrust in the U.S." is all the more likely.

The poll found 71% of Democrats would not go on a date with someone with opposing views, compared to 31% of Republicans.

Further, 30% of Democrats and 7% of Republicans would not work for someone who voted differently from them.

The young Democrats, Axios said, contend that modern Republican positions, spearheaded by former President Trump, are "far outside of the mainstream and polite conversation."

Issues such as abortion, LGBTQ rights and immigration are human rights issues, the Democrats contend, rather that policy differences subject to debate.

The poll found women are more likely than men to take a strong partisan stance in their personal choices.

Only 41% of women would go on a date with someone who voted for the opposing candidate, compared to 67% of men.

And 76% of women would work for someone who voted for the other candidate, versus 86% of men. Further, 68% of women and 84% of men would shop at or support the business of someone of the other party.

Commenting is now back! As part of our solution to Google’s attacks on our commenters, we are switching our commenting platform to INSTICATOR. Don’t worry! We’ve saved all your account info and comments from previous articles. All you have to do is create a commenting account with Insticator and then you will be able to link past comments from Disqus into your new Insticator account. Due to the volume of comments, some older comments may currently be missing but will be uploaded soon! If you have any feedback or questions about your Insticator commenting account, please email them at: commenting[email protected]