Anderson Cooper was left scrambling to figure out how to fill Chris Cuomo’s hour of airtime after the host was suspended from CNN, according to a report from the network.

The “Cuomo Prime Time” team was still preparing to go live on Tuesday night when the suspension was announced, the CNN report said. Cooper’s team was equally unprepared for the change-up, with the report describing them as “blindsided.”

Cuomo, whose primetime hour is often the most-watched program on the news channel, was suspended “indefinitely” following the release of a transcript on Monday by Democratic New York Attorney General Letitia James that detailed the host’s improper advisement of his brother, former New York Gov. Andrew Cuomo. 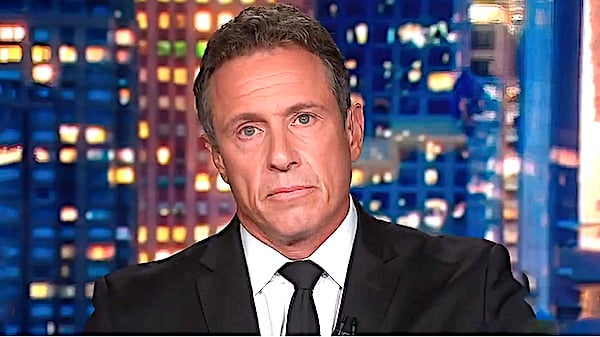 “Some news about this network,” Cooper told viewers on Tuesday night. “It involves Chris Cuomo, the host of ‘Cuomo Prime Time.’ New documents released this week indicated that Chris was more intimately involved than previously known in helping his brother, former New York Gov. Andrew Cuomo craft a defense amid a flurry of sexual misconduct allegations.”

Cooper then read a statement from a CNN spokesperson about the suspension. “The New York Attorney General’s office released transcripts and exhibits Monday that shed new light on Chris Cuomo’s involvement in his brother’s defense,” the spokesperson said.

The texts showed Cuomo had used his media contacts to secure information on those who accused his brother of sexual harassment. In one exchange between Cuomo and Melissa DeRosa, a then-top aid to his brother, the host was asked to “check your sources” about a “rumor going around from politico 1-2 more ppl coming out tomorrow.”

“When Chris admitted to us that he had offered advice to his brother’s staff, he broke our rules and we acknowledged that publicly,” the CNN spokesperson said.

“But we also appreciated the unique position he was in and understood his need to put family first and job second,” the spokesperson said. “However, these documents point to a greater level of involvement in his brother’s efforts than we previously knew.”