Joe Biden's record for making outlandish mistakes when he speaks dates back years. It's accelerated since he launched his campaign for the presidential election in 2020 and even in office there have been some whoppers.

But now he's being criticized for statements that represent his administration, those comments that are echoed by others on his team, those that are put forward as the position of the administration.

Like those about his "national strategy" to defeat COVID, about the "secure" southern border, about the "extraordinary success" of the withdrawal from Afghanistan, and how the current out-of-control inflation is "temporary."

These issues were raised by Andy Puzder, a senior fellow at Pepperdine University's School of Public Policy, at Real Clear Politics.

"President Biden’s approval rating has plummeted, and Democrats wonder why. The United States is facing hardships, but hardships alone don’t make a president unpopular. Leaders who are honest about the problems we face and forthright about the solutions they offer tend to do well (think, say, of Franklin Roosevelt and Ronald Reagan). Unfortunately, that is not the leadership Americans are getting from this president," he explained.

"Instead, the Biden administration has tried to convince the public of things that are not just untrue but implausible. To note a few, Biden did not (and does not) have a 'national strategy' to defeat COVID; our southern border is not 'secure;' the Afghan withdrawal was not an 'extraordinary success'; the current bout of inflation is neither 'temporary' nor 'a good thing'; and government spending never takes 'the pressure off of inflation,'" he explained.

It's known that politicians "sometimes outright lie," he pointed out.

However, he said, "It’s the in-your-face nature of the administration’s falsehoods that is stunning."

He cited Biden's promotion of his spending spree plans in the "Build Back Better" legislation, which so far is failing.

Biden insists that it "costs zero dollars" and is "paid for."

"Most Americans realize that paying for something doesn’t make it free. Otherwise, literally everything would be free. Seriously, people get this. In fairness, Biden was attempting to state that BBB wouldn’t add to the deficit because taxing the rich would pay for it. But even that claim didn’t pass the smell test. Just about everybody outside of Washington, D.C., knows that government programs are never actually 'paid for.'"

Actually, the Congressional Budget Office reported it would add $3 trillion to deficit spending, he noted.

Another "implausible" claim from Biden is that that spending would take the pressure off of inflation.

Not even former Clinton and Obama economist Larry Summers, however, bought that.

He warned that BBB spending would "set off inflationary pressures of a kind we have not seen in a generation."

Another statement of questionable truth was Biden's claim BBB would bring down inflation by covering household expenses like child care.

Further, a progressive think tank guessed that the bill would increase the cost of child care "by about $13,000 per child annually."

While actual supply-and-demand influences "seem to be mysteries to the administration," Americans see the results readily, with an estimate from the Penn Wharton Budget Model that the average family will have to spend $3,500 more in the coming year "solely because" of inflation.

"Progressives have long lived in a bubble that cuts them off from the concerns of the 'deplorables' in 'fly-over America,'" Puzder warned. "During the pandemic, the left hermetically sealed that bubble, shielding its leaders from the discontent that runs across political, geographic, racial, and ethnic lines. Otherwise, they would have foreseen the declining popularity of a president who repeatedly makes patently implausible claims and attempts to advance policies at odds with basic common sense." 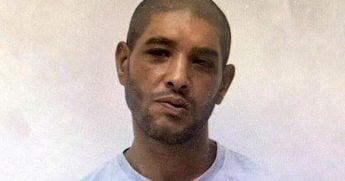