The investigation into Wisconsin's elections is still ongoing as special counsel Michael Gableman continues looking into how voting in the state was carried out in the 2020 general election.

Gableman is now issuing about 70 subpoenas to state entities and employees, special interest groups, private companies, mayoral staffers and IT departments, throughout Wisconsin to obtain records, depositions and more information on the election process and organizations that seem to have had a hand in the administration of elections.

Gableman, who was previously a Wisconsin Supreme Court justice, was asked by Speaker of the Wisconsin state Assembly Robin Vos to lead an investigation into the 2020 election in the state. Gableman agreed and was appointed as special counsel.

The investigation is looking into several components of what went on during the election. Gableman is looking into how Facebook CEO Mark Zuckerberg and the money he donated to the Center for Tech and Civic Life influenced the election, what the Wisconsin Election Commission was doing, the conduct of the mayors and the municipal clerks, the operation of the voting machines and other factors which might have influenced the election.

Wisconsin elections are not administered by the secretary of state, like in other states. Instead, Wisconsin's State Ethics Board and the Wisconsin Election Commission work in collaboration with a large number of municipal clerks, county clerks and election inspectors during election season.

Many municipal clerks throughout the state live in very small towns, but in contrast, there are clerks in Wisconsin's five biggest cities: Madison, Racine, Kenosha, Green Bay and Milwaukee. The clerks, however, are not independent authorities and report to the mayor, the city’s common council or the state elections commission.

Now Gableman is specifically looking into these cities' mayors, clerks and staffers and how they might have been influenced by funding from the CTCL, which, thanks to generous donations from Zuckerberg, gave approximately $350 million to communities to run elections.

A source close to the investigation told The Western Journal that, in short, CTCL approached these five Wisconsin cities and offered $8.8 million grants to help keep voters safe from COVID. The group reportedly offered this money even though the source said the federal government, under the Trump administration, had already given $7 million to make sure clerks had enough PPE, sanitation and anything else needed to keep voters safe from COVID-19.

According to the source, each mayor of the five cities took "good faith" money. Racine allegedly received $60,000 and the other four cities received $10,000 each. Once they took this initial grant, CTCL sent questionnaires to see if the five cities then qualified for the full $8.8 million grant, the source said.

The questionnaire asked what the city was going to do to drive up the vote in what they deemed were historically disenfranchised neighborhoods, according to the source.

Gableman already issued subpoenas to the mayors of the cities. The next round of subpoenas that have just been issued, according to the source, is to mayoral staffers and IT departments in order to find information on how the cities used the money from CTCL.

Already, hundreds of pages of emails between Milwaukee election officials and CTCL have been made public.

Another part of the election that Gableman is looking into, according to the source, is concerns regarding the Wisconsin Election Commission, which has also been issued a subpoena in order to see the voting data in the state and specifically, to see the rolls of registered, active and inactive voters.

Deactivated voters include those who are dead or have moved away. According to the Help America Vote Act passed in 2002, states are supposed to have voter records. But dead voters should not be on the rolls of voters. So the source said Gableman is subpoenaing WEC in order to have access to the voter rolls.

The source told The Western Journal that the most recent subpoenas Gableman issued were all in-state for the WEC, mayoral staffers, IT records and more. But while the subpoenas issued are all in-state, Gableman's team anticipates additional subpoenas for others involved in the election, the source said.

One major player in the election was the companies that ran the machines, such as Dominion Voting Systems. Gableman's investigation is subpoenaing the companies in order to know exactly how the machines work and check the security of the systems, according to the source.

Gableman is also looking into other figures and organizations (including CTCL itself) from out of state who may have had a hand in ballot harvesting and other roles in the election, the source said. His team is allegedly working on getting subpoenas for these.

The source close to the investigation said the team is expecting pushback on every single subpoena issued, but as that happens, the investigation will continue. According to the source, the group will move on to the higher courts as necessary, in order to keep investigating all of what went on in the 2020 election. 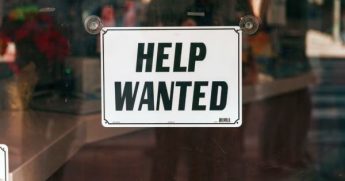