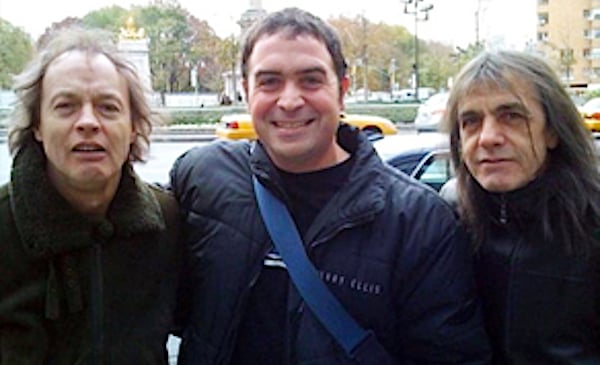 Rick Saleeby, center, poses for a photo with members of the rock group AC/DC (CNN screenshot)

(POST MILLENNIAL) – Rick Saleeby, the former senior producer for CNN's The Lead with Jake Tapper, is confirmed to be under a criminal investigation following a Project Veritas exposé which revealed credible allegations that Saleeby solicited sexually explicit photos of an underage girl.

Fairfax County Police Department in Virginia confirmed on Wednesday that a criminal investigation has been launched "into serious allegations involving potential juvenile victims" and that "detectives assigned to the Child Exploitation Squad of the Major Crimes Bureau are leading this investigation" into Rick Saleeby, Fox News reports.