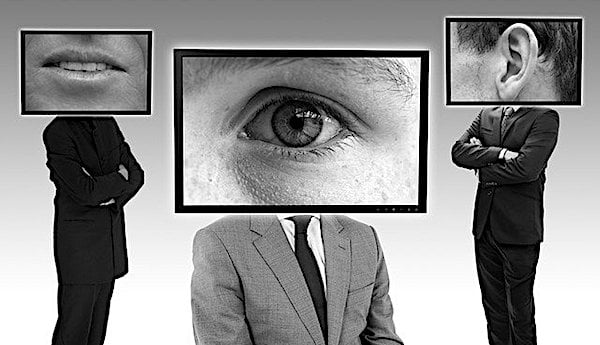 It's free speech, not a hate crime, the Court of Appeal in the United Kingdom has ruled regarding tens of thousands of "incidents" documented by police regarding "hate" that does not rise to the level of any infraction of the law.

The decision blasted the strategy that had been assembled and used by 34 police forces in England and Wales starting about 2014 that documented 119,934 "non-crime incidents."

The court ruling said recording perceived offenses in a police database was likely to have had a serious "chilling effect" on public debate, according to a new report from the Christian Institute.

Former police officer Harry Miller had challenged the College of Policing over directions that demanded "when someone claims they have been a victim of hatred, officers must keep a record against the name of the accused person even where no crime was actually committed," the institute reported.

No investigation of the claims is required.

The institute reported it was February 2020 when Miller won a case against Humberside Police in a High Court decision that said sending police officers to his place of work after he opposed transgender ideology online was a "disproportionate interference" in his right to freedom of expression.

Justice Julian Knowles warned, "In this country we have never had a Cheka, a Gestapo or a Stasi. We have never lived in an Orwellian society."

But he didn't act on the police guidance itself, which outlined the need for officers to tell Miller he had committed a "non-crime hate incident."

In the Court of Appeal decision Dame Victoria Sharp found that "The recording of non-crime hate incidents is plainly an interference with freedom of expression and knowledge that such matters are being recorded and stored in a police database is likely to have a serious 'chilling effect' on public debate."

The "non-crime" net actually is "an exceptionally wide one which is designed to capture speech which is perceived to be motivated by hostility" even if there's no such evidence, the ruling said.

"There is nothing in the guidance about excluding irrational complaints, including those where there is no evidence of hostility and little, if anything, to address the chilling effect which this may have on the legitimate exercise of freedom of expression," she wrote.

The College of Police, when the complaint surfaced, had claimed that the attack on freedom of expression was "proportionate to the legitimate aims pursued by the guidance."

Toby Young, the general secretary for Free Speech Union, explained to the institute, "We can all rest a little easier in our beds tonight, knowing the police are not about to knock on our doors because we’ve made an inappropriate joke on Twitter."

Miller's case came about because he repeatedly posted social media comments that he didn't approve of the transgender ideology.

At one point, he posted, snarkily, "I was assigned mammal at birth, but my orientation is fish. Don't mis-species me."

WND reported the police agenda also had caught a 14-year-old girl, who explained, "We can't live in fear that everything we say at school may be recorded somewhere on our records, simply because someone else didn't like what you said."

Those "non-crimes" were being put on students' records and kept there, eventually to be viewed by potential employers.

At the time, the institute said a supposed hate incident victim "does not have to justify or provide evidence of their belief for the purposes of reporting, and police officers or staff should not directly challenge this perception."