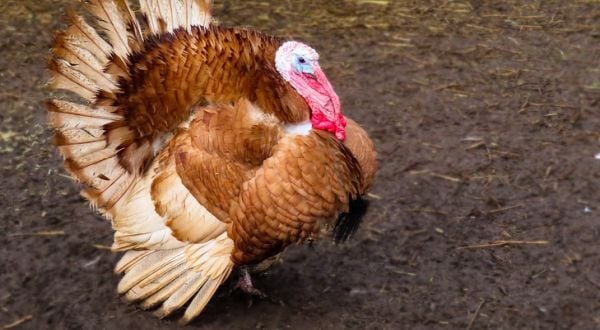 Americans may have had their fill of turkey after gorging themselves on the birds for Thanksgiving, but a new study — with not-so-new findings — has dished out second helpings.

Domesticated turkeys bred for their meat weigh up to three times more than their wild counterparts, according to a study from Brown University researchers that was funded with $1.7 million in federal grants.

While the birds have increased muscle mass and breast meat, there’s little change in the length of their bones and limbs, leading to a slower-moving turkey that waddles, the study says.

Wild turkeys have been observed running a six-minute mile — a speed that puts novice runners to shame — but their captive brothers and sisters are far slower.

But this information has been reported in other turkeys-on-treadmills studies for nearly a decade.

The $1.7 million in grants from the National Institutes of Health and the National Science Foundation is taxpayer money wasted, Sen. Joni Ernst pointed out in giving NIH and NSF the November 2021 Squeal Award for this study.

“With our national debt approaching $30 trillion and higher prices making it difficult for families to put food on the table, we cannot afford to continue wasting taxpayer dollars funding fowl projects … and folks, this one is a real turkey!” Ernst said in her announcement of the award.