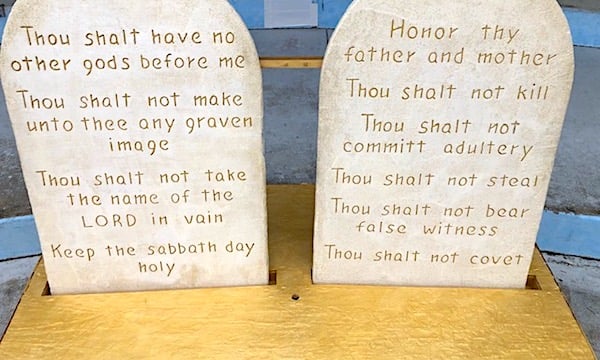 Officials for the North Bristol National Health Service Trust in the United Kingdom are claiming the Christian beliefs of a former employee are "incompatible with human dignity," especially when they touch on Islam and marriage.

The claims arise as part of their defense against a lawsuit brought on behalf of Brian Walker, 66, who has alleged discrimination, victimization and harassment on the part of NHS officials who say his Christian faith fails to qualify as religious or philosophical beliefs under the Equality Act.

Christian Concern is reporting on the case brought by the Christian Legal Center against the health officials for constructive dismissal when Walker resigned because of a "totalitarian" investigation of him.

Health officials treated Walker as a "terrorist," the report explained, forcing him out of work even though he was pressured by the need to support his disabled children.

A full employment tribunal now is pending and NHS lawyers are arguing Walker's Christian beliefs are "not worthy of respect in democratic society."

Christian Concern, noted, however, that, "in a landmark judgment in June 2021, an Employment Appeal Tribunal overturned a ruling from the Employment Tribunal that Maya Forstater's beliefs in biological sex were unworthy of protection, with the judge ruling that: 'only beliefs akin to Nazism or espousing totalitarianism would fail to qualify for protection,' and that, 'It is only in extreme cases involving the gravest violation of other Convention rights that the belief would fail to qualify for protection.'"

The report explains Walker originally was in the headlines in 2018 when, with his "dry humor," he joked about "Darth Vader," referring to a Muslim youth scouting leader wearing a veil.

Walker, who was in the armed for 11 years, including service with the SAS, was advocating for scouting to "stick to its Christian traditions," and a subsequent case eventually was settled by the scouting organization.

Then, however, "a series of exaggerated and tenuous complaints from colleagues at Southmead Hospital in Bristol, where he worked as an electrician, were made against him," Christian Concern said.

He was then targeted with an investigation, and when he reported being sanctioned for "expressing my freedom of speech by sharing that I hold traditional biblical values," he was suspended.

Another complaint, for harassment, quickly followed his suspension, after he left cakes and an inspirational note, for colleagues.

He took a stress leave, and when he returned, again was suspended immediately.

But the case against them charges that they repeatedly concealed evidence they claimed to have, and Walker charged that he was being treated "like a terrorist and an extremist."

"Christian beliefs, and especially any expressing of them, are being suppressed in the NHS. The argument that my beliefs, which I believe are shared by many, are not worthy of protection under the law must end," he explained.

Andrea Williams, chief executive of the Christian Legal Centre, said the case "shows the dangers people face when daring to question or even joke about inclusion and multiculturalism."

"A rather sinister campaign was launched against him by NHS bosses and colleagues because he dared to share his views in the workplace and his story with the media. It appears equality and diversity managers were determined for him to be punished for the stand he took," Williams said.