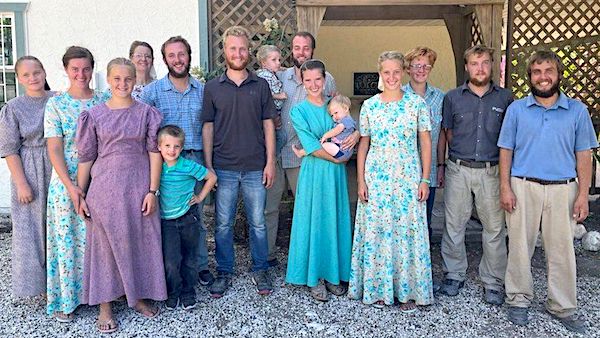 Several of the missionaries abducted by a gang in Haiti were able to escape and make it to safety, according to Christian Aid Ministries.

Of the 17 hostages taken, 12 Christian Aid Ministries missionaries were able to get away at night on their own, spokesperson Weston Showalter said at a news conference in Ohio on Monday. The gang abducted them in October while they returned from the construction of an orphanage and demanded a ransom of $1 million per person.

“When they sensed the timing was right, they found a way to open the door that was closed and blocked, filed silently to the path they [had] chosen to follow and left the place that they were held,” Showalter said.

The escapees, which included a 10-month old baby and children aged three, 14 and 15, evaded “numerous guards” and traveled in the direction of a mountain they saw days earlier, using constellations to help navigate, according to Showalter.

They traversed through “woods and thickets, working through thorns and briars,” remaining quiet throughout. “Two hours were through fierce brambles. We were in gang territory the whole hike,” he said, quoting one of the missionaries who escaped.

Showalter said they eventually found a person with a phone around dawn and were able to call the authorities.

The five other missionaries had already been released by the time the others escaped, BBC News reported. Most of the hostages have now returned to their families.

“The hostages spoke to the gang leader on several occasions, boldly reminding him of God and warning him of God’s eventual judgment if him and the gang members continue in their gangs,” Showalter said, noting that the hostages maintained a prayer vigil while they were being held.

It remains unclear whether any ransom money was paid to the gang, BBC News reported.

Roe v. Wade was legal crapola from the get-go

Remember when Obama said Trump was 'unfit to serve'?