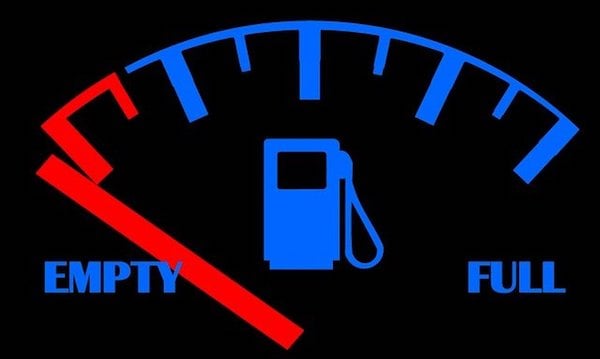 In the current day and age, energy security is a prerequisite for national security. When America became energy independent in 2019, it freed us from the political whims of unstable countries. But dogmatic leftists across the world have made it clear that they will sacrifice energy security for their idea of necessary climate policy, seemingly undisturbed by the transfer of that security to communist and authoritarian regimes in China and Russia. As a result, the world might see a Red Revolution before it ever sees a Green one.

While in recent years the US has embraced its liquified natural gas (LNG) boom, European countries steered the other way, ramping down fossil fuel production and increasing their dependence on fossil fuel imports. They have justified this as a “necessary” sacrifice until solar and wind deployment catches up. They are seemingly unconcerned that Russia has become the EU’s largest supplier of fossil fuels, supplying around 40% of the EU’s LNG and coal.

This over-reliance on Russian gas has finally caught up with Europe in the form of a self-inflicted energy crisis. They now rely on Putin to save them through the winter. Wind power is at the forefront of European energy transitions, so a particularly un-windy year has forced them to look for more gas supply, which has not come easy (or cheap) as global supply is crunched. So they needed Russia to save them, and Putin has shown a willingness to weaponize gas supply.  “Never let a good crisis go to waste,” as Winston Churchill famously said.

Armed with this newfound political capital, Putin has wasted no time aiming for his most desired prize: Ukraine. A master of political chess, Putin has patiently waited for the right opportunity to continue what he started with Crimea in 2014. Europe’s energy crisis has presented that opportunity, as evident by the buildup of estimated 175,000 troops along the Ukraine border. Since he essentially has the power to turn off the lights this winter for many Western Europeans, he knows that NATO countries will think twice about helping Ukraine, and he is right.

For Taiwan, too, tensions are at an all-time high. Much like with Russia and Ukraine, China does not recognize Taiwan’s independence. The West does, but the West is interested in developing renewable energy, like wind turbines, solar panels, and electric vehicles. The manufacture of such goods requires rare earth minerals. The International Energy Agency estimates that in order to reach net-zero by 2050, “demand for rare earths, primarily used for making EV motors and wind turbines, increases by a factor of ten by 2030.”

Guess who controls nearly 70% of the world’s rare-earths market.

The West recognizes this issue — it’s far too dependent on China for renewable energy developments — but red tape and lack of expertise make it impossible to compete. Therefore, as the West goes all-in on renewable energy, it will be increasingly dependent on Chinese supply chains wrought with slave labor and carbon-intensive mining. It’s hard not to see Xi Jinping take this as an opportunity to expand China’s global dominance, starting with recapturing Taiwan.

The solutions are rather simple. The West needs to focus on healthy market competition with China and Russia, rather than managing this unhealthy tension that’s only being exacerbated by irresponsible energy policy. We need to maintain our domestic LNG production so that we can be the dependable supplier of clean gas. For example, China has been facing an energy squeeze this year, so they turned to the US and entered into the largest LNG contract ever between the two superpowers. Market transactions like this go a long way toward easing diplomatic tensions.

We need to keep all nuclear plants alive and lead in advanced nuclear technology. We need to cut the red tape that hinders our ability to compete with China on the innovation front. And we need to get real about the limits of solar and wind power.

If we started working with these countries instead of against them, we may keep their anti-democratic foreign policies in check while maximizing innovation to combat global warming.

The biggest impediment to this progress is, ironically, progressives. Per the Congressional Progressive Caucus’ climate policy recommendations, “we must transition to 100 percent clean renewable energy as quickly as possible.” They want to ban fracking and LNG exports, abandon nuclear energy, and make everyone drive electric vehicles. Even the centrist Democrats like Biden have shown they’re willing to go this route, just in a more non-committal manner in order to appease oft-conflicting donor interests.

If Democrats get their way, we’ll end up in the same position as Europe. China will control renewable supply chains, and Russia will control the fossil fuels needed as backup. Energy crises will be more frequent, especially if the weather becomes more erratic with global warming. And communism will spread globally like wildfire. Maybe that is what progressives want.

Patrick Hynes is a Young Voices contributor and an editorial associate at The Conservation Coalition. He also serves as chairman of the Libertarian Party of Washington, DC, and ran for DC’s Delegate to Congress in 2020. Follow him on Twitter @PatrickHynesDC

Patrick Hynes is the President of Hynes Communications and author of In Defense of the Religious Right.

WND News Services
These reports are produced by another news agency, and the editors of WND believe you'll find it of interest.
Ronna Romney McDaniel facing rugged course navigating GOP through divisions
Biden takes on Berenstain Bears ... and loses
Biden draws his immigration line at Christians of one kind
How foundations are exercising their influence over elections
Political pundit compares 'woke' mob to enforcers of Mao's Cultural Revolution
See more...