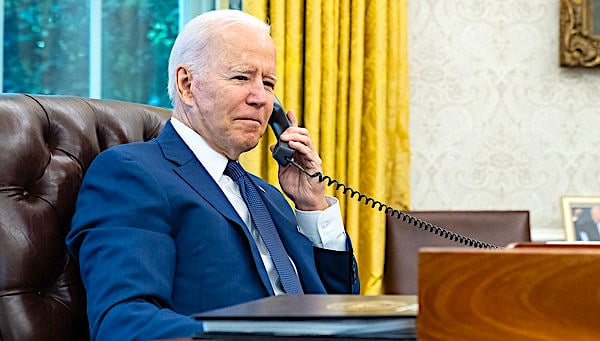 Leftists have found democracy works great when they're in the majority and they get their way.

But progressives in Washington also have discovered it's also easy to abandon, in pursuit of an agenda following orders from a single person, when there's disagreement in the ranks, and the votes totals aren't high enough.

Given the failure of their plan to garner enough votes in the democratic, and Democrat-run Senate, they demanded that Biden "use his executive power to implement parts of Democrats' massive legislative agenda," the report said.

"Today, the elected leadership of the Congressional Progressive Caucus is calling on the president and all Democrats who believe in the need to Build Back Better for climate, care, immigrants, and those seeking economic dignity and opportunity to come together and deliver for the American people," the coalition charged in a statement.

"That means a whole-of-government approach. In Congress, we will continue to prioritize a legislative path for Build Back Better… In the meantime, the White House must continue to act on a parallel track by using the president’s incredibly powerful tool of executive action."

It was Progressive Caucus Chairwoman Rep. Pramila Jayapal, D-Wash., who said after the Democrats' Build Back Better spending spree appeared to fail that she wanted Biden to act alone on the proposals. Democrats also say they've switched their focus now to their election takeover bills.

"There's too much at stake and there is a very powerful tool in the president's ability to take executive action," she charged, Fox News reported.

Biden spokeswoman Jen Psaki said such actions had not yet been fully reviewed.

"We have used executive authority and executive action for a range of steps to make a range of progress and the president has not hesitated to do that. The benefit of legislation is obviously it makes it permanent," she explained.

It was uncertain what agenda points the leftists are requiring the White House to implement by itself.

But in this case, the report explained, since Congress must authorize funding for projects, Biden's ability to move on several of the points is significantly limited.

"The Progressive Caucus will soon release a comprehensive vision for this plan of action, which will include immediate focus on actions that lower costs, protect the health of every family who calls America home in this time of surging Omicron cases, and show the world that America is serious about our leadership on climate action," the coalition said. 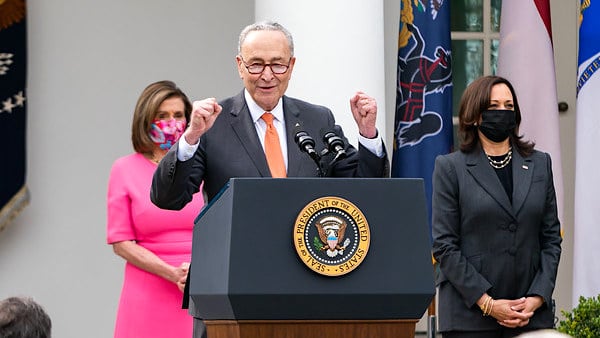 Fox also reported the Democrats now are gearing up again for an attack on the Senate filibuster rule, in the hope they can destroy it and gain the ability to pass legislation on a strict majority vote.

Now, legislation in the Senate is required to gain 60 votes before it can advance, which defeats much of the Democrats' agenda in the 50-50 body. Kamala Harris is required to be a tiebreaker in those cases.

Senate Majority Leader Chuck Schumer, D-N.Y., however, has confirmed plans for an assault on the procedure.

"I would ask you to consider this question: if the right to vote is the cornerstone of our democracy, then how can we in good conscience allow for a situation in which the Republican Party can debate and pass voter suppression laws at the state level with only a simple majority vote, but not allow the United States Senate to do the same?" he said.

"I believe our constituents deserve to know which senators choose to hide behind ill-conceived and abused rules. Therefore … Members will be given the chance to debate on the Senate floor and cast a vote so that their choice on this matter is clear and available for everyone to see."

However, so far, not even all Democrats have endorsed the idea of blowing up longstanding procedures like the filibuster in order to give Schumer his agenda.

At least two Democrats in the Senate have expressed opposition to the idea.

The last time the Democrats trashed a Senate procedure – a 60-vote threshold for approval of district judges – they ended up watching the GOP, in power the next session, expand their decision to cover Supreme Court justices.

Senate Minority Leader Mitch McConnell, R-Ky., warned earlier if Democrats blow up the filibuster, "[n]obody serving in this chamber can even begin to imagine what a completely scorched-earth Senate would look like. None of us have served one minute in a Senate that was completely drained of comity and consent."

He also warned that Democrats want to make the rule change so they, over the opposition of the GOP, can add two states to the union, and pack the Supreme Court to install a liberal majority and "fundamentally change the structure of America forever."