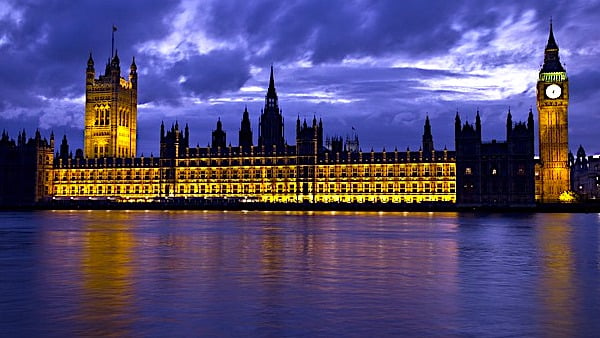 The lab-leak COVID-19 origin theory that once was ridiculed and censored by Facebook and others got a hearing in the British Parliament.

Dr. Alina Chan, a postdoctoral fellow in gene therapy and cell engineering at the Broad Institute of MIT and Harvard, told lawmakers the "most likely origin" of the novel coronavirus pandemic was a leak from the Wuhan Institute of Virology in China, according to a report by the Daily Telegraph of London that was spotlighted by the National Pulse.

She told the Science and Technology Select Committee that there is evidence the virus was genetically engineered.

Despite the fact that the theory has gained traction, she said that "right now it’s not safe for people who know about the origin of the pandemic to come forward."

"But we live in an era where there is so much information being stored that it will eventually come out," Chan said.

The scientist said the virus "has a unique feature, called the furin cleavage site," which enables it to bind to a human cell, "and without this feature, there is no way this would be causing this pandemic."

She pointed to a proposal for research involving the insertion of furin cleavage sites in coronaviruses from the non-profit EcoHealth Alliance, which received millions in funding from Dr. Anthony Fauci's National Institute for Allergy and Infectious Diseases.

"So, you find these scientists who said in early 2018 'I'm going to put horns on horses' and at the end of 2019 a unicorn turns up in Wuhan city," Chan told the parliament members.

In September, the Telegraph reported a 2018 grant proposal shows American and Chinese researchers at the Wuhan lab wanted to make coronavirus particles transmissible to humans and release them in bat populations.

Chan is the author with renowned British science writer Matt Ridley of the book "Viral: The Search for the Origin of COVID-19."

Ridley told the committee it's imperative that COVID-19's origins be uncovered to "deter bad actors who are watching this episode and thinking that unleashing a pandemic is something they could get away with."

He said it's known that experiments at the Wuhan lab were being done at a low level of security, biosecurity level 2, which is similar to a dentist's office. But those experiments resulted in a 10,000-fold increase in infectivity of viruses and three or four times their lethality.

"The important thing is to stop doing these experiments that are risky," Ridley said.

The lawmakers also heard about EcoHealth Alliance founder Peter Daszak's disinformation campaign. The scientist who worked with the Wuhan lab's "bat lady" to manipulate coronaviruses published a statement in the British medical journal The Lancet insisting SARS-CoV-2 had a natural origin while dismissing the possibility of a lab leak as a "conspiracy theory."

The Lancet admitted its publishing of Daszak's letter was a mistake, but the Telegraph reported that Member of Parliament Aaron Bell called the correction "too little too late" in a recent memorandum.

We have a whistleblower
Four studies, including two from the World Health Organization, provide strong evidence favoring the lab-leak theory, wrote Richard Muller and Steven Quay in the Wall Street Journal on Monday.

Muller is an emeritus professor of physics at the University of California, Berkeley, and a former senior scientist at the Lawrence Berkeley National Laboratory, Quay, founder of Atossa Therapeutics, is co-author of the book "The Origin of the Virus: The Hidden Truths Behind the Microbe That Killed Millions of People."

One study, published by Nature Medicine, concluded the original SARS-CoV-2 pathogen was 99.5% optimized for human infection, which is strong confirmation of the lab-leak hypothesis.

Miller and Quay point to the virus' furin cleavage site, which many scientists have argued is too complex to have been the result of spontaneous mutations. The NIH database, researchers argue, shows no furin cleavage site in more than 1,200 viruses that can exchange with SARS-CoV-2.

Meanwhile, Daszak's 2018 grant application to DARPA proposed splicing the furin cleavage site sequences into bat viruses so a research team could look for changes in infectivity.

Muller and Quay conclude: "We have an eyewitness, a whistleblower who escaped from Wuhan and carried details of the pandemic’s origin that the Chinese Communist Party can’t hide. The whistleblower’s name is SARS-CoV-2."