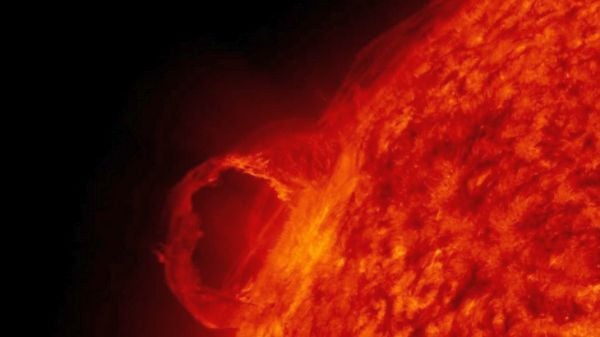 It's inevitable. A giant solar storm is coming.

And nothing can stop it.

It's been more than 150 years since one happened, and back then, damage was limited because technology was scarce. But that's not the case anymore.

Humanity is not prepared – and may never be prepared.

The end of the world is, according to the Bible, to come with fire. This is how it could happen.

The sun is 93 million miles from Earth – a fiery star capable of causing the ultimate extinction event in a number of ways.

Why we're at risk now more than ever. 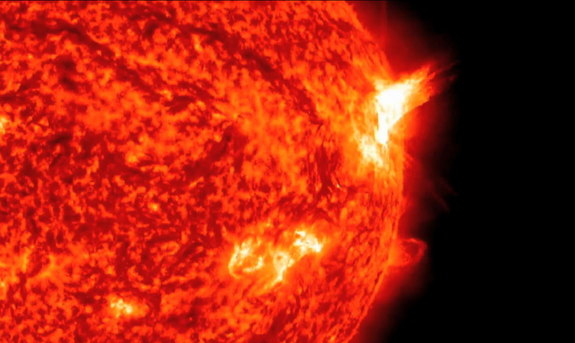 How could this happen? That's easy. SUNSPOTS – or space weather.

Space weather events that have occurred throughout history would have posed no danger to humans on our planet. But today, with the massive amounts of electricity-based infrastructure that now covers our planet, the danger is palpable.

In February of 2021, an estimated 4.4 million Texans lost power due to a winter storm. According to a recent report in Big Think, in the event of a grid-overloading space weather event, there could be over a billion people across the world left without power, a natural disaster without precedent in the world.

That's what makes space weather so dangerous to us here on Earth: not that it poses a direct threat to humans, but that it can cause enormous amounts of electrical current to flow through the wires connecting our infrastructure.

The major issue is with the infrastructure set up for large-scale production and transmission of power; there will be uncontrollable surges that will knock out power stations and substations and pump far too much current into cities and buildings. Downstream, casualties could be massive – killing potentially millions of people, depending how long it took to restore heat and water.

That's when solar astronomer Richard Carrington was tracking a particularly large, irregular sunspot. All of a sudden, a "white light flare" was observed, with unprecedented brightness and lasting about five minutes.

"Approximately 18 hours later, the largest geomagnetic storm in recorded history occurred on Earth. Aurorae were visible worldwide, including at the equator," reported Big Think. "Miners awoke in the middle of the night, thinking it was dawn. Newspapers could be read by the light of the aurora. And troublingly, telegraph systems began sparking and igniting fires – even though they were disconnected entirely."

That was it. The minor damage was negligible. But that was in 1859. Think of how we have global society has become so reliant on electricity since.

Today it would be the apocalypse.

"The sun emits all sorts of space weather in random directions, and every once in a while Earth is right in its crosshairs," said Big Think. "When a coronal mass ejection's magnetic field is anti-aligned with Earth's, it can induce a very dangerous geomagnetic storm."

The world has never been in more danger because of our reliance on electricity for the last 250 years.

"When we think about the sun, we normally think about two things: the internal source of its power, nuclear fusion in its core, and the radiation that it emits from its photosphere, warming and powering all sorts of biological and chemical processes on Earth and elsewhere in the solar system," reported Big Think. "These are two of the major processes involving our sun, to be sure, but there are others. In particular, if we take a close examination of the sun's outermost layers, we find that there are loops, tendrils, and even streams of hot, ionized plasma: atoms that are so hot that their electrons were stripped away, leaving only bare atomic nuclei.

Space weather events that have occurred throughout history would have posed almost no danger to humans. The only visible effects would be a spectacular auroral display.

"On June 23, 2012, the sun emitted a solar flare that was just as energetic as 1859's Carrington event," reports Big Think. "It was the first time that had occurred since we've developed the tools capable of monitoring the sun to the necessary precision. The flare occurred in Earth's orbital plane, but the particles missed us by the equivalent of nine days. Similar to the Carrington event, the particles traveled from the sun to the Earth in just 17 hours. If Earth had been in the way at the time, the global damage toll could have crested the $10 trillion mark: the first 14-figure natural disaster in history. It was only through luck that we averted catastrophe."

Just another thing to worry about? Yes, but this could literally be the end of the world as we know it.