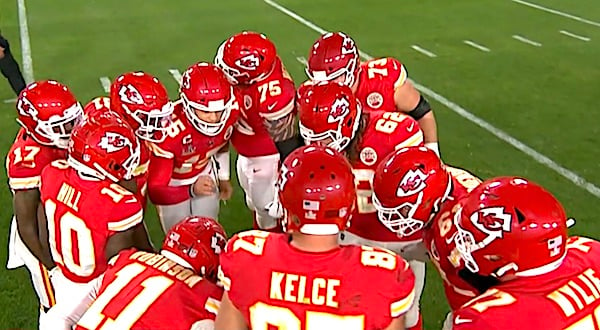 The NFL's chief medical officer is affirming studies that show the COVID-19 pandemic is being driven by symptomatic individuals.

The fear of asymptomatic or pre-symptomatic spread is largely the premise for the COVID-19 lockdowns and mask mandates. But Dr. Alan Sills told ESPN the league has not seen verifiable spread this season by people who don't display symptoms.

"I think all of our concern about [asymptomatic spread] has been going down based on what we've been seeing throughout the past several months," Sills told ESPN. "We've got our hands full with symptomatic people. Can I tell you tonight that there has never been a case when someone without symptoms passed it on to someone else? No, of course I can't say that. But what I can say to you is that I think it's a very, very tiny fraction of the overall problem, if it exists at all.

Sills said that in response to the omicron variant and the observations on how the virus spreads, the NFL and NFL Players Association agreed last week to halt weekly testing on vaccinated players.

Instead, the league is conducting random testing of a sample across teams and positions.

"Asymptomatic transmission inside our facilities just didn't fit with what we were seeing," Sills said.

Only when the virus "takes hold and starts to replicate" is a person likely to begin spreading it, he told ESPN.

More than 94% of players and nearly 100% of coaches are vaccinated, ESPN reported.

Meanwhile, emergency rooms in Vermont are being overwhelmed with people who have tested positive for COVID but have no symptoms, bolstering the criticism that mass testing amid a pandemic is counterproductive.

In January, as WND reported, the World Health Organization officially acknowledged that the "gold standard" PCR test used to diagnose COVID-19 has a high rate of false-positives that make it unreliable.

Many medical scientists have argued that mass testing of symptomatic people during an epidemic is counterproductive.  The real metric, they contend, should be the rate of people requiring hospitalization for COVID-19 and of deaths caused by the disease.

In the current omicron-variant wave, cases have risen dramatically while hospitalizations and deaths are down, compared to previous waves. And the symptoms of omicron have been compared to a coronavirus cousin, the common cold.

In the U.K., which Dr. Anthony Fauci has said tends to be a few weeks ahead of the U.S., the number of hospital beds occupied by COVID-19 patients is one-fifth the number in January 2021 and about the same as the September figure.

Hospital beds occupied by Covid patients are a fifth of what they were in January 2021. The numbers are roughly the same as they were in September 2021. Based on the actual data, there is absolutely no justifiable argument for increasing the restrictions. pic.twitter.com/qH1nsObFID

Is the Holocaust just 1 of many tragic events through history?