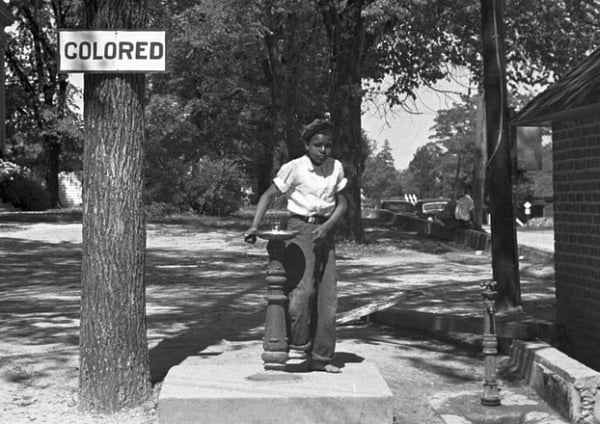 Parents Defending Education (PDE) filed a civil rights complaint Thursday with the U.S. Department of Education (DOE) against New York City Public Schools for its plans to hold racially segregated “affinity groups,” according to the complaint.

PDE filed the complaint with the Office for Civil Rights “for discrimination on the basis of race, color or national origin in programs or activities that receive Federal financial assistance,” claiming the district violated both Title VI of the Civil Rights Act of 1964 and the Equal Protection Clause of the 14th Amendment of the U.S. Constitution.

Lower Manhattan Community School, which is the reason for the complaint, planned to divide students into affinity groups at school on Nov. 23 and 24, based on skin color to “undo the legacy of racism and oppression in this country that impacts our school community,” according to an email sent to parents, the Daily Caller News Foundation previously reported.

Seventh and eighth graders would choose to participate in discussion with either whites, Asians or multi-racial students, while African-American and Hispanic student groups will participate in a separate discussion, Principal Shanna Douglas wrote in the email, according to the NYP, who first reported the story. She described an “affinity group” as “a group formed around a shared interest.”

Another “opt-out” group will be offered to students who are “uncomfortable with the format” of the program, which PDE argues “has the effect of singling out those who object to sorting students by race, potentially stigmatizing them.” Those students will reportedly be asked, “why are we even talking about racial identity?”

The group called on the federal DOE to “remedy unlawful policies and practices” and “order appropriate relief,” citing the monumental 1954 Supreme Court case, Brown v. Board of Education of Topeka, which ruled that racial segregation of students is unconstitutional.

The grassroots parent organization explained it was filing the complaint as an interested third party “that opposes racial discrimination and political indoctrination in America’s schools.”

PDE also filed a complaint in October against Wellesley Public Schools in a Massachusetts federal court “alleging that the district has systemically and repeatedly violated students’ First and Fourteenth Amendment rights, Title VI of the Civil Rights Act of 1964, and the Massachusetts Students’ Freedom of Expression Law through the use of segregated ‘affinity groups’ and an onerous speech code featuring a ‘bias reporting’ program,” according to a press release, the DCNF previously reported.