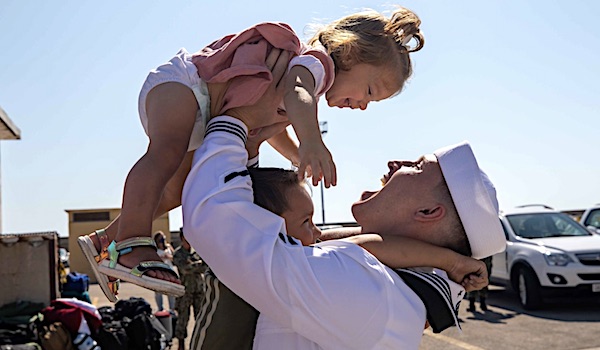 The Supreme Court had only shortly before finished hearing arguments in an abortion dispute out of Mississippi, where state lawmakers want to limit the procedure after 15 weeks, when the Washington Examiner noted the high court's "conservative majority" was casting a "skeptical eye" on Roe v. Wade.

Those justices "raised substantial doubts about the jurisprudence behind the 1973 case establishing abortion rights in the United States," the report explained.

The issue, it explained, was that the Mississippi case, with another decision pending in a Texas case "represent the most direct challenge in decades to Roe, which made abortion a national right rather than letting states decide the issue. The rulings, which will be issued by June 2022, have the potential to sway politics substantially, with the underlying issue a motivating one at the ballot box for opponents of abortion and supporters of abortion rights."

The high court's ruling isn't expected for several months, but the verdict was in immediately from a number of faith-based organizations monitoring the dispute.

"After nearly 50 years, most Americans want to be freed from the deadly oppression of Roe’s chaotic rule. The tragedy of abortion ends the life of a child who, by 15 weeks, has a heart that pumps 26 quarts of blood per day and can feel pain – and deeply wounds her mother. The court has robbed Americans of the ability to determine abortion policy for themselves for far too long."

Brian Burch, chief of the CatholicVote organization, said, "Millions of faithful Catholics across the nation are hopeful after today’s oral arguments that the Supreme Court of the United States will restore sanity to its abortion jurisprudence which has enabled over 62 million American children to be aborted since 1973 when Roe v. Wade was decided.

"Protecting innocent life is the preeminent moral issue for Catholics but it is also the condition of any just society, and abortion robs our most vulnerable citizens of that most basic human right. Science and common sense tell us children in the womb are as undeniably human as the rest of us – we know for instance that by 15 weeks they already have beating hearts, can suck their thumbs, and even feel pain. It is time to overturn Roe and allow Americans to once again pass laws that reflect these basic values."

Kristen Waggoner, of the Alliance Defending Freedom, said, "Because life is a human right, the Supreme Court should uphold Mississippi’s law protecting unborn children and their mothers and overturn the decision in Roe v. Wade. It was clear today that the justices were carefully considering the arguments made, and we sincerely hope that the court reaches a result that protects life.

"Mississippi’s commonsense law upholds America’s foundational respect for life, which is at odds with Roe. The U.S. is an extreme outlier in abortion law and policy, allowing late-term abortions and failing to protect the lives and health of unborn children and their mothers. We are one of only four nations—including China and North Korea—that allows abortion on demand throughout all nine months of pregnancy," she explained.

"We are one of only seven countries in the world that allow the abortion of a child who can hear her mother’s heartbeat. Mississippi chose to protect life after 15 weeks, which is consistent with what more than 90% of countries already do, and it is consistent with the latest medical science that demonstrates the humanity of the unborn and the dangers to mothers of abortions performed after 15 weeks. Mississippi has an important interest in protecting unborn life and the health and well-being of women in its state."

Officials with the OverturnRoe.org campaign confirmed that large blue banners were posted on 23 highway overpasses across America – with the message "Abortion takes a human life."

A report said, "The distinctive bright blue banners that will be visible to drivers throughout the country during the national OverturnRoe.org initiative on December 1, are the direct result of a grass roots effort that began in the Chicago area."

Chris Iverson, a board member of the Pro-Life Action League, noted, "That is exactly the message that's missing in most of the news coverage around the Dobbs case. That's why the banner displays on overpasses are important. The more that truth is emphasized – that abortion takes a human life, the more reasonable it seems that the Supreme Court should reverse Roe."

And Indiana Right to Life President Mike Fichter said, "When Roe was decided, viability, the ability of an unborn baby to survive outside of the womb, was thought to be 24-26 weeks gestation. Today, viability is seen as occurring between 21-22 weeks gestation. As medical technology advances, viability is a recognition of the current status of our medical technology and not of the development of the child herself. We know far more about the humanity of children in the womb in 2021 compared to 1973."

Abby Johnson, a pro-life activist who left the abortion industry after working for several years at a Planned Parenthood abortion business, recalled the "saddest room I've ever walked into."

That would be an abortion business "recovery room."

She continued, ""And we, the abortion staff gave them no comfort and we certainly never gave them a shoulder a cry on. We never talked to them about abortion regret because if we did, we would be admitting that women may actually regret their abortion, and we simply couldn't do that. We handed them a tissue, left them to cry alone, gave them a one month's supply of birth control pills, a can of apple juice, some graham crackers and sent them on their way. Another woman that fulfilled our monthly abortion quota."