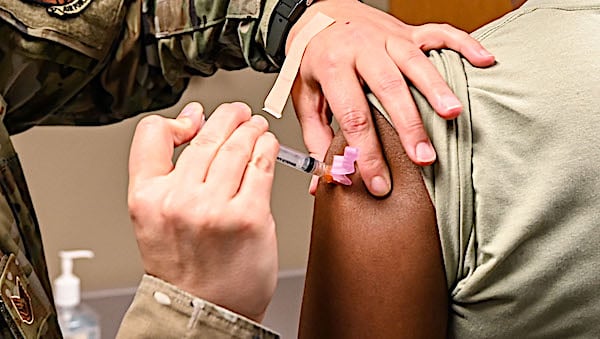 The chief of the Catholic League has informed the president of the National Education Association that a board member who said unvaccinated individuals "deserve" to die deserves to be removed from the NEA board.

A report from the Daily Caller News Foundation this week explained Mollie Paige Mumau, a teacher at a Pennsylvania school and a board member for the NEA, said on Facebook, apparently referring to an individual, "he and his ilk deserve whatever comes their way, including losing jobs, getting sick, and perhaps dying from this virus. But in the meantime, he’s going to put all the people around him in danger.”

She continued, urging mass murder by the GOP, "I don’t know why the GOP doesn’t just take those guns they profess to love so much and just start shooting all of their constituents who think this way. It would be quicker and ultimately safer than putting me and my friends and family at risk.”

"I am urging you to remove Mollie Paige Mumau from the board of directors of the NEA; she is employed in the General McLane School District in Edinboro, Pennsylvania, which is part of Erie County," he explained.

"In her December 7 Facebook post, Mumau did more than criticize those who are seeking a religious exemption from receiving the Covid-19 vaccination. She called for them to be shot. Here is an excerpt of her remarks (she was apparently responding to someone who chose not to get vaccinated, citing religious objections)," he wrote. "'Screw this guy and screw them all who are all about hiding behind religious exemptions because they don't want anybody to tell them what to do....He and his ilk deserve whatever comes their way, including losing jobs, getting sick, and perhaps dying from this virus....I don't know why the GOP doesn't just take those guns they profess to love so much and just start shooting all of their constituents who think this way (my emphasis)."

He said Mumau's membership on the board should be terminated.

Further, he said she should be prosecuted.

"Given all the gun violence that our nation has endured lately—including school shootings—it is beyond belief that an educator would make such a statement," the letter said. "There is no legitimate place in public life for anyone who advocates the mass slaughter of innocent Americans, and it is doubly offensive that it should emanate from a teacher. Indeed, Mumau should be prosecuted for what she has done, and that is why I am contacting Erie County District Attorney Jack Daneri."

The school district told the Daily Caller News Foundation, "The district is aware of a potentially inappropriate social media comment by a staff member. The district will investigate the matter and act accordingly. In all situations, the district’s utmost concern is the safety of our students and staff.”