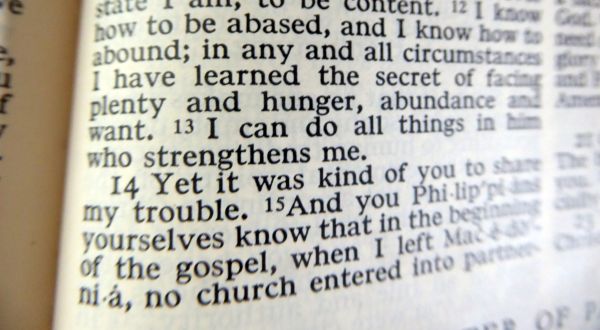 (REFORMATION CHARLOTTE) – On December 6, the Freedom From Religion Foundation (FFRF) sent a letter to Columbus County, NC Sheriff Jody Greene demanding he removes a bible verse from the wall of his office. The FFRF says that the Bible verse, Philippians 4:13, “represents an unconstitutional endorsement of Christianity.”

The FFRF stated that a “concerned citizen” of Columbus County had contacted them with the complaint and argued that “the Supreme Court has said time and again that the ‘First Amendment mandates government neutrality between religion and religion, and between religion and nonreligion.'”

The Sheriff responded, however, that this was nothing more than a political attack during an election year and that he will be unmoved by the leftist attacks.