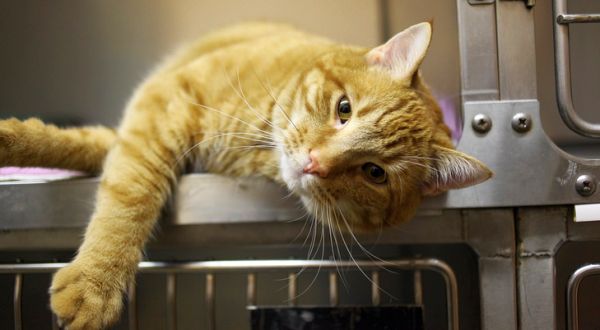 A Texas veterinarian has won a round in his fight with the state of Texas over his plan to offer advice to pet owners – over the phone and online.

The Institute for Justice says a federal judge has ruled that the state's Board of Veterinary Medical Examiners must meet the requirements of the Constitution's highest standard for free speech if it wants to restrict what Ron Hines tells pet owners.

Online medical advice has turned from a novelty to being relatively common under the COVID-19 pandemic, and now patients routinely access their physicians online, or by telephone, for consultant, even prescriptions.

But in Texas, the state has required veterinarians to see the pet before offering any advice.

The threats of disciplinary action from the state prompted Hines to get the assistance of the Institute for Justice, which is suing the state on behalf of the Brownsville, Texas, doctor.

The IJ said the recent ruling from U.S. District Court for the Southern District of Texas means that Hines' free speech arguments will continue in court.

"Today’s decision recognizing that Dr. Hines’ advice is entitled to the greatest constitutional protection is the latest milestone in a long fight in which, for years, courts insisted that he had no First Amendment rights at all. Giving advice online is speech protected by the First Amendment," explained IJ Senior Attorney Jeff Rowes.

"Especially in the wake of the pandemic, more and more people are serving their clients online. Just as Dr. Hines’ speech with pet owners is protected by the First Amendment, so too is the speech of others, like doctors and psychologists. Dr. Hines’ victory here will protect not only him and other vets, but people across the country who speak for a living and find themselves targeted by government licensing boards."

Hines earlier fought the state's requirement that he first examine an animal in person before giving any kind of advice in a case that erupted in 2013. It was two years later that the 5th U.S. Circuit Court of Appeals claimed his advice was not protected by the First Amendment.

But after a landmark 2018 decision by the U.S. Supreme Court, in NIFLA v. Becerra, the so-called "professional speech doctrine" was abandoned.

And the case brought by Hines against the state was restarted.

In 2020, the 5th U.S. Circuit Court of Appeals ruled that occupational speech is protected by the First Amendment, then sent Hines' challenge down to the trial court to assess whether Hines' advice counted as "speech" or "conduct," the IJ reported.

"Unsurprisingly, the court agreed with Dr. Hines’ position that advice is speech. Now, Dr. Hines will have the opportunity for the court to declare once and for all that his First Amendment rights were violated," the organization reported.

"A victory for Dr. Hines is a victory for all Americans who want to seek or give advice online,” said IJ Attorney Andrew Ward, who also represents Dr. Hines.

The court ruling said, "While the Texas statute may generally regulate the conduct of veterinarians, as applied to Hines, it regulates his alleged speech. First, it is undisputed that Hines did not physically examine any animal. Instead, he alleges that all of his interactions with pet owners took the form of verbal and written communities.

But those actions, the court said, "constitute speech, and not conduct."

"The impact of the disciplinary proceedings upon Hines's actions further demonstrates that the defendants applied the Texas statute to regulate speech. He alleges that the physical examination requirement, as applied to him, has wholly restricted him from interacting with pet owners, even when his communications do not consist of diagnosing, treating, or prescribing medication…"

The court said, "The overwhelming majority of what Hines sought to do, but which the defendants prohibited him from doing unless he satisfied the physical examination requirement, constituted speech and in no manner could be characterized as conduct."