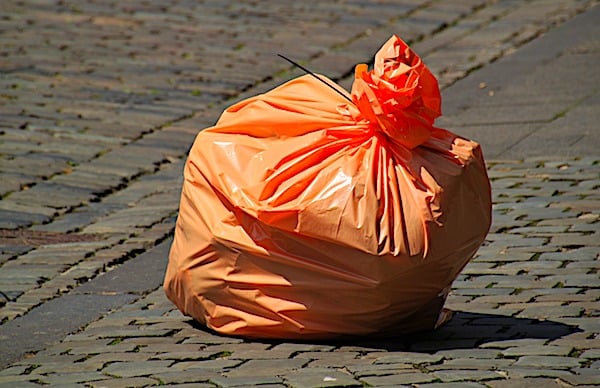 (Image by cocoparisienne from Pixabay)

A California state commission requested that authorities crack down on retailers it accused of skirting plastic bag and pollution laws, Reuters reported.

The California Statewide Commission on Recycling Markets and Curbside Recycling alleged that many retail businesses are selling plastic bags that are falsely labeled as being recyclable, according to Reuters. On Dec. 3, the state-appointed commission sent a letter to California Attorney General Rob Bonta and the California Department of Resources Recycling and Recovery, asking them to pursue legal means to prevent further violations.

“It is a Wild West of recycling labeling in California and there is no sheriff in town,” Heidi Sanborn, the commission’s chair and the founding director of the environmental group National Stewardship Action Council, told Reuters.

Sanborn is one of 16 members on the commission which is tasked with advising state authorities on how to improve its recycling programs. The commission, created by Democratic Gov. Gavin Newsom in 2019, is composed of representatives of environmental groups, public agencies and private solid waste businesses.

In 2017, the state passed a ban on single-use plastic bags and introduced a series of requirements for retailers. The law said that reusable bags could be sold for 10 cents each and mandated that they had to be accepted in curbside recycling programs.

However, due to the high cost of recycling such bags, many recyclers don’t accept them in curbside programs, Reuters reported. Because they aren’t widely accepted, the commission said the bags shouldn’t be labeled “recyclable.”

The commission also took issue with “bag-return” programs offered by some retailers such as CVS, Amazon and Walmart, according to Reuters. Such programs allow customers to return their bags to stores for recycling.

But the retailers have failed to show evidence these return programs are successful, several commission members told Reuters.

If the commission is successful, retailers would either have to stop selling plastic bags or begin manufacturing them with a recyclable material, according to Jan Dell, another member of the commission and founder of environmental group The Last Beach Cleanup.

“This will destroy their ability to claim that their products are recyclable,” Dell told Reuters.