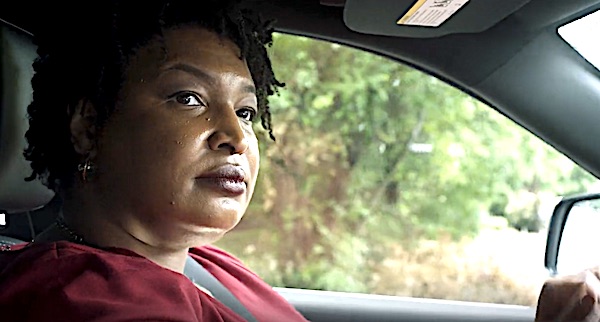 Stacey Abrams, the former Georgia Senate Minority Leader and 2018 Democratic nominee for governor, announced Wednesday that she would seek the post again.

Her candidacy sets up a likely contentious rematch between her and Republican Gov. Brian Kemp nearly four years after she narrowly lost her bid in one of the nation’s most pivotal battleground states after allegations that Kemp, then the secretary of state, was suppressing minorities’ ability to vote.

Abrams announced her campaign in a video, tweeting that “opportunity in our state shouldn’t be determined by zip code, background or access to power.”

While both Abrams and Kemp must win their respective primaries before facing each other, Kemp may face a challenge from the Republican Party’s right flank.

In the year since the election, former Democratic state Rep. Vernon Jones, who left the party and became a vocal advocate for Trump, launched a bid to oust Kemp while Trump continued to criticize the governor. Former Republican Georgia Sen. David Perdue, who lost his seat two months after Trump lost the state, has also reportedly weighed a primary challenge.

Trump even went so far as to suggest that he would prefer Abrams as governor. “Stacey, would you like to take his place?” Trump said in September. “It’s OK with me.”

Abrams did not mention Kemp or Trump in her announcement video, instead focusing on her Georgia credentials.

“Regardless of the pandemic or the storms, the obstacles in our way or the forces determined to divide us, my job has been to just put my head down and keep working toward one Georgia,” Abrams said. “Because in the end, we are one Georgia.”