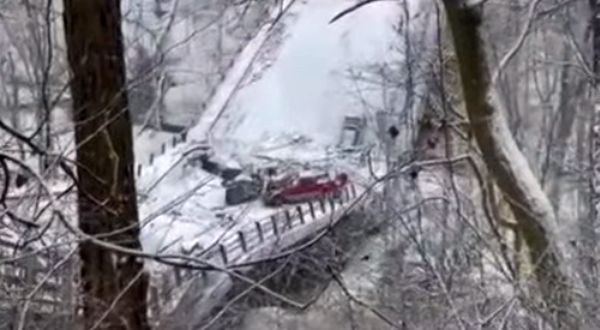 Three of those injured were transported to the hospital with non-life threatening injuries, though they remain hospitalized Friday. First responders reported to the scene and rappelled nearly 150 feet to help passengers from a dangling bus. Others formed a human chain to help rescuers with the effort.

President Joe Biden, who is expected in Pittsburgh Friday, will proceed with his trip as planned, according to a statement from the White House.