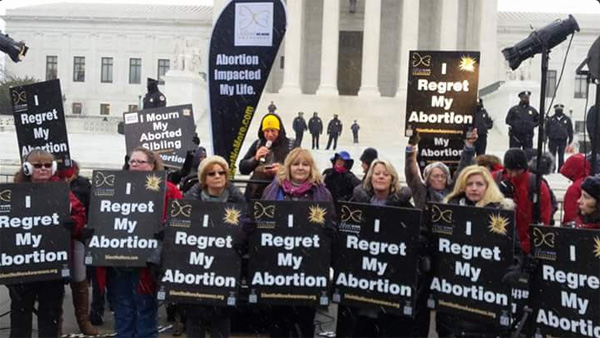 Organizers of the March for Life, which will take place days after D.C. Mayor Muriel Bowser’s vaccination mandate takes effect, announced Thursday that the annual event will proceed as planned.

“The 49th annual March for Life, including the rally and pre-rally concert, will go on as planned,” the pro-life organization said in press release, noting that “outdoor events are not impacted by the Washington, D.C., vaccine mandate.”

The March for Life will modify some of its indoor events due to the new COVID-19 regulations, organizers added, noting that participants at the organization’s Rose Dinner and Capitol Hill 101 sessions will have to provide proof of vaccination or a negative COVID-19 test accompanied by “either an oral or written religious exemption or a written medical exemption.”

“We expect this year’s March for Life to be historic, with even higher levels of enthusiasm from participants,” March for Life President Jeanne Mancini told The Daily Signal. “With the Dobbs v. Jackson Women’s Health Organization case before the Supreme Court, we are closer than ever to building the culture of life we have all marched for since Roe v. Wade was imposed on our nation nearly 50 years ago.”

Bowser ordered Dec. 22 that restaurants, bars, nightclubs, indoor entertainment, recreational, fitness, or meeting establishments “shall not permit a guest, visitor, or customer over [12 years old] to enter their indoor premises without displaying proof of vaccination against COVID-19.”

The March for Life, set for Jan. 21, is a massive pro-life demonstration that has followed the anniversary of the Supreme Court’s Roe v. Wade decision legalizing abortion nationwide every year in the nation’s capital since 1974. Thousands of pro-life activists, students, and families flock to Washington, D.C., to demonstrate against abortion and to attend the march’s rallies.

Organizers canceled last year’s 2021 March for Life, which was scheduled to take place only a few weeks after the Jan. 6 Capitol riot occurred. A small group of pro-life leaders opted to march for the unborn in Washington on an unpublicized route.

For those unvaccinated marchers coming to Washington for this year’s event, D.C. dining options may be limited due to Bowser’s mandate. The mayor’s office did not immediately respond to requests for comment from The Daily Signal.

This year’s march is particularly relevant in light of the Supreme Court case Dobbs v. Jackson Women’s Health Organization, a case involving a 2018 Mississippi law that banned abortions after 15 weeks of pregnancy.

Known as the Gestational Age Act, the law was blocked by a federal appellate court after abortion proponents challenged it on behalf of Mississippi’s last remaining abortion clinic, Jackson Women’s Health Organization.

After the 5th U.S. Circuit Court of Appeals struck down the law in December 2019, the state of Mississippi asked the Supreme Court to take up the case.

Dobbs is perhaps the most pivotal abortion case in recent history, as it directly challenges Roe v. Wade.

As the court heard arguments Dec. 1, many pro-abortion protesters told The Daily Signal that women would die if Roe v. Wade were to be overturned. But pro-life protesters said that the move would empower states to decide abortion laws for themselves.

Mancini told The Daily Signal on Thursday that the March for Life’s work “will not cease” if Roe is overturned.

“The Supreme Court should return to the states broad authority to determine abortion policy for themselves, and we look forward to the day when that happens,” she said.

“On that day, however, our work to end the injustice of abortion at both the national and state level will not cease,” she warned. “March for Life will continue to expand our state march program to all 50 states and diligently work until we have succeeded in making the tragedy of abortion unthinkable.”