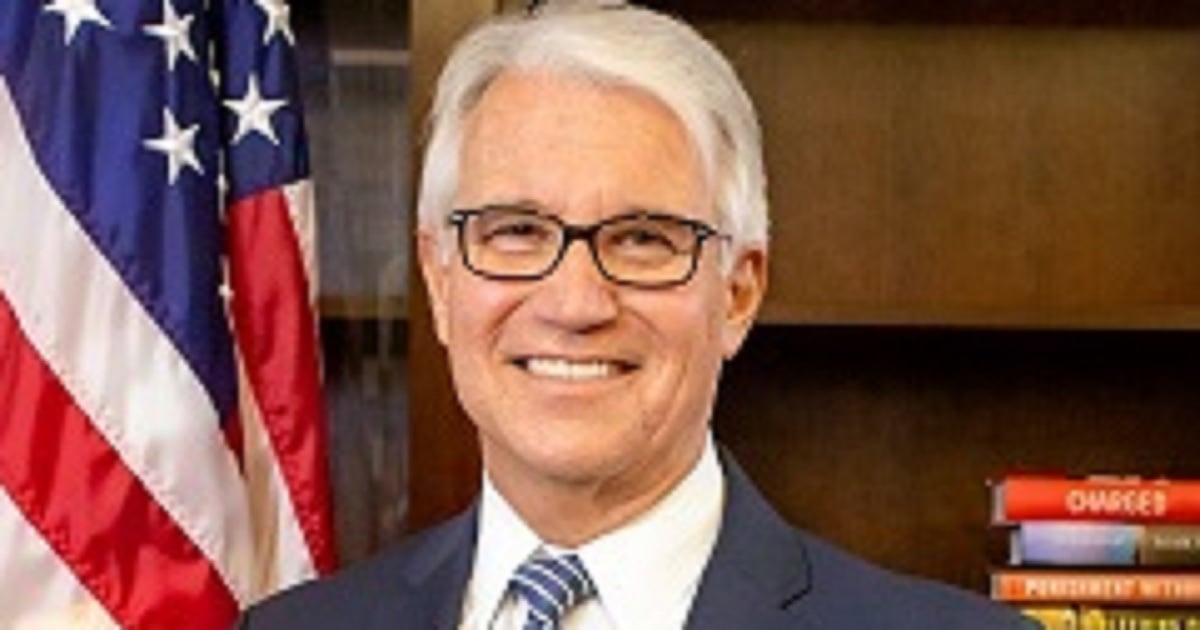 The criminal justice system in California, under the local direction of a leftist prosecutor, is giving a male sex offender who molested a 10-year-old girl a short jail term in a juvenile facility, according to a new report.

Further, Fox News reported, the individual who molested a young girl will be housed with female juveniles because he now identifies as female.

The judge this week sentenced Hannah Tubbs, 26, who identified as James Tubbs at the time he committed the offense, to two years in the youth prison after a guilty plea to sexually assaulting a 10-year-old girl in 2014.

The judge, however, blasted leftist District Attorney George Gascon, because he refused to prosecute the 26-year-old, allegedly a repeat offender, as an adult.

Fox explained the case: "Tubbs, 26, recently pleaded guilty to molesting the girl in a women's bathroom eight years ago when Tubbs was two weeks away from turning 18. At the time of the crime, she identified as male and went by James Tubbs. She did not identify as female until after she was taken into custody, according to prosecutors."

"There was evidence presented at the juvenile proceedings which showed that Tubbs sexually assaulted two young girls in different incidents in the past. The child victims will suffer lifelong trauma. Tubbs also has prior violent convictions and conduct as an adult."

Prosecutors charged Tubbs went into a restroom of a restaurant in 2014, grabbed the 10-year-old by the throat, locked her in a stall and assaulted her. He stopped when someone else came into the restroom.

The two-year sentence was the only term available because Gascon refused to try him as an adult, the report said, explaining, "In L.A. County, juvenile facilities can house both females and males, but in separate areas. Tubbs will be housed with the females."

Gascon has claimed he doesn't want to prosecute children as adults and has so has directed some cases involving adults into the juvenile court system.

Judge Mario Barrera had been offered the option, from the sheriff's department, to order Tubbs into the county jail, but he decided his hands were tied and he did not have that option.

Kathryn Barger, of the Los Angeles County Board of Supervisors, said Tubbs would be housed in isolation, "separated by sight and sound from the other juveniles."

Gascon, one of a list of extremist prosecutors whose campaigns were supported by the leftist money-maker George Soros, is facing a recall over his liberal policies.

A judge gave a 26yo who molested 10yo girl in 2014 2-years in Juvenile facility. Judge: his hands are tied because LA County DA Gascon will not try the then 17yo as adult. James Tubbs does NOT have to register as sex offender. Could be 8-12 years if tried as adult. @KFIAM640 pic.twitter.com/HBVcFdHFo7

Tubbs already has an arrest record for battery, drugs and probation violations, and was charged with the assault after being identified by DNA collected after a criminal case in Idaho.

Hatami explained, "Because of George Gascon's blanket policy against transferring any juvenile to adult court, even if the 17-year-old rapes or murders an innocent child, James Tubbs will not have to register as a sex offender, will not spend any time in county jail or state prison, will be 26 and housed with juveniles for a very short period of time, and will be released with no probation or parole monitoring. The victims will get no justice. The public will get no safety."