Iran's Islamic regime is trying to delay negotiations on its nuclear program because it is only 12 to 18 months away from developing a bomb, according to the top Republican on the House Foreign Affairs Committee.

U.S. Rep. Michael McCaul of Texas told Republican leaders at a briefing that Russia is trying to take the lead on negotiations and has a secret agreement with Iran.

"The Biden administration still thinks that negotiating at the table is the way to go," he said.

The GOP leader said he suspects Tehran's "strategy is to delay the negotiations until they can achieve a nuclear bomb."

"By most estimates, without getting into classified, they are on the cusp of their enrichment to nuclear grade that could be delivered and a nuclear bomb within the next year to year and a half," the Texas lawmaker said. "We have to make some serious decisions at that point." 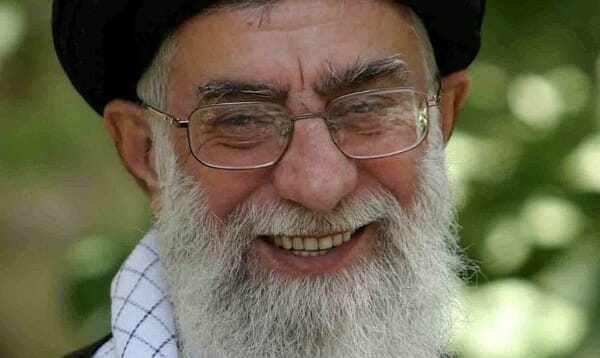 Meanwhile, three Biden administration officials have walked away from their roles on the State Department's nuclear talks with Iran because they wanted the U.S. to take a tougher stance, the Wall Street Journal reported Tuesday.

A State Department official confirmed that one of the officials is Richard Nephew, who is known as the architect of sanctions on Tehran. He has resigned as U.S. deputy special envoy for Iran.

McCaul said that while the Defense Department has a military strategy to deal with Iran, "we have a weak commander-in-chief," reported Just the News.

"I think the message should always be a nuclear Iran is not acceptable, and that there will be consequences to that action," he said.

House Republican Conference Chair Elise Stefanik said she and other Republican leaders oppose "the flawed Obama nuclear agreement" from which the U.S. withdrew under President Trump.

She said that unlike the Obama administration, there has been "virtually no communication with the Biden administration and House Republicans on important committees related to this issue."

Republicans want any Iran deal to specifically address not only Iran's enrichment capability but also the weaponization of nuclear material, ballistic missiles, support for terrorism and its hostage taking.