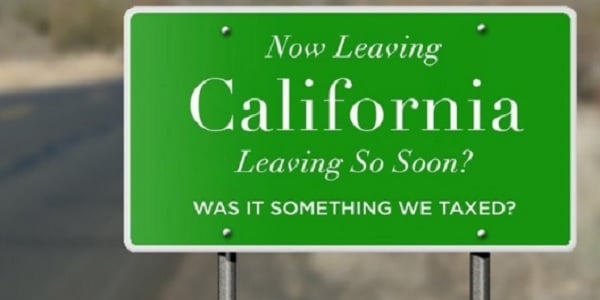 (WASHINGTON EXAMINER) – A new healthcare proposal that would nearly double California’s tax revenue has the potential to push more people out of the state. The ambitious legislative proposal would create a single-payer healthcare system and use the increased taxes to fund it. While the legislation faces an uphill battle, Gov. Gavin Newsom has publicly voiced support for single-payer systems in the past. He has yet to weigh in on the new legislation.

Jared Walczak, vice president of state projects at the Tax Foundation, told the Washington Examiner that if passed, the legislation would amount to a $163 billion per year tax increase that would effectively double state collections. That increased revenue comes with a cost, though, one borne by taxpayers that could push residents to lower-tax states.

“You would expect to see a substantial exodus of businesses and middle- and high-income earners,” Walczak said of California if the tax-and-spend proposal were to become law.