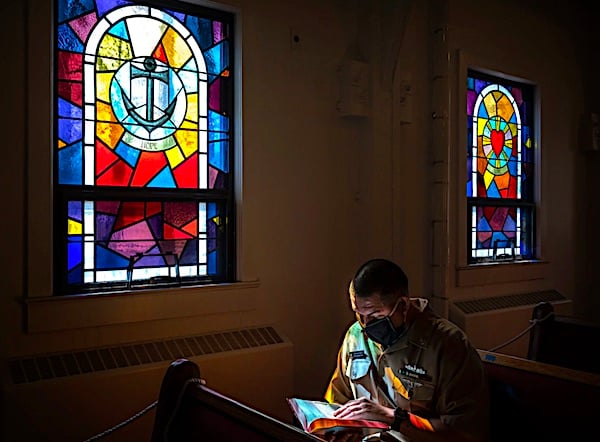 The LGBT movement, if it is successful in its campaign to persuade governments to restrict what is said about the same-sex agenda, eventually will target even the gospel of Jesus Christ as told in the Bible, warns a key Christian leader.

"Let's just state the obvious. If the government can tell you it is illegal to teach biblical truth on the issue of human sexuality, the array of LGBT issues, understand two things. Number one, it won't stop with LGBT and understand, eventually it means the criminalization of whatever Christian speech is no longer politically attractive. And that eventually will mean everything that is revealed in scripture, most essentially, the gospel of Jesus Christ," warned Albert Mohler, in an online column.

Mohler, the president of the Southern Baptist Theological Seminary, the flagship school of the Southern Baptist Convention, continued, "Right now in this turning point between 2021 and 2022, we see the shape of the challenge coming to the Christian church even more clearly, or even more ominously. We are about to find out where the biblical Christians are on both sides of the Atlantic, and as you and I know, on both sides of the American/Canadian border."

The Christian Institute, citing his comments, noted his reference to bans in both the U.K. and the U.S. on "conversion "therapy."

Multiple local governments have banned that, contending that it can harm patients if counselors explain to them alternatives to adopting and endorsing same-sex or transgender ideologies.

In some locations, the agenda-driven laws have left it illegal to counsel someone against a same-sex relationship, but allows them to be counseled toward that activity.

The institute warned the Mohler's comments come as a proposal is coming in Canada to ban "conversion therapy" and similar proposals are being considered in the U.K. and Ireland.

He explained how that ideology contradicts the Bible's plain teaching that God "made us male and female and he gave us the unalterable rules of human sexual behavior and conduct."

The result is that LGBT activists don't simply want a change in the law on a single issue, but they also are wanting to "criminalize and sanction and make illegal any confrontation on biblical terms of their own new morality."

The result could be restrictions in pulpits, and even what conversations parents have with their children.

Mohler explained those pursuing the radical ideology state, "Look, you simply have to take the issue of orientation as if it is morally neutral. Any orientation is as good as any other orientation."

That's evident, he said, from proposals in both Canada and Britain.

"But let's get to the biggest issue of Christian concern, these particular bills could have the effect of chilling the preaching, restricting the liberty of the pulpit in Christian churches, and even could extend to potentially criminalizing personal conversations and even outlawing certain kinds of conversations between parents and children," he said.

"It is happening. And we have seen this coming. We've seen this issue, this challenge taking shape, and you see now the fact that many who are writing what they consider to be and claim to be a platform of sexual liberation are not only calling for a change in the laws, they're not only changing the entire society, they want to criminalize and sanction and make illegal any confrontation on biblical terms of their own new morality."

He warned the legislation in Canada, which is taking effect this week, explicitly states that anything suggesting a chosen LGBT lifestyle "is in any way inferior" to heterosexual standards is "a myth."

And parents, he said.

"This is a new morality, which now comes with not only the persuasive power of the government of the state, but now with the coercive power of the state, even criminalization. The legislation in Canada is genuinely radical and that's a matter of pride for Canada's liberal government whose justice minister, David Lametti, said in a statement, 'The consensus demonstrated by parliamentarians in Canada is part of an emerging global consensus surrounding the real and lifelong harms for conversion therapy victims and survivors. In fact, with these changes to the criminal code,' he said, 'Canada's criminal laws on conversion therapy are among the most comprehensive in the world,'" he wrote.

It won't be long before Christian teachers are "brought up on charges," he warned.

In the U.K., the plan is to make it illegal to start therapy from the point that being LGBT is wrong.