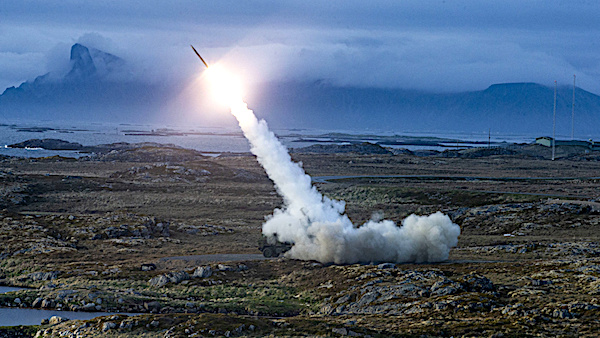 There's an old expression about the Middle East. It's a tough neighborhood.

Right now, Algeria is preparing for war with Morocco. You probably have heard about this.

But it goes back to the breakthrough peace agreement President Donald Trump signed with several Arab nations called the "Abraham Accords" – a miraculous achievement that recognized the real threat in the Middle East was between Iran and Israel. The achievement was the handiwork of Trump's son-in-law, Jared Kushner, someone who was not taken seriously in the U.S. as a negotiator when he was chosen.

Algeria is aligned with Iran. Morocco sees Iran as a threat. Both are north African nations.

"The tension rises every day a little more between Algeria and Morocco, to the point that we are now talking about war between the two Maghreb countries," according to a recent report in the Paris-based newspaper L'Opinion.

"Algeria does not want war with Morocco," L'Opinion said, quoting sources close to the Algerian military, "but it is ready to do so."

As reported in the Jerusalem Post, a self-described "hawkish" source close to Algeria's military told L'Opinion that, "if it has to be done, it is today, because we are militarily superior at all levels and this may not be the case in a few years."

It is reportedly "Israel's support for Morocco" that is upsetting the Algerian regime, the source said. "This will change the situation, within an estimated three-year period."

As reported by L'Opinion, a source told the paper, "the weapons that worry Algerians the most are those related to electronic warfare and drones. For now, the Americans are telling the Israelis not to supply weapon systems that could cause an immediate military imbalance in favor of Morocco."

The "Americans" are now President Joe Biden – who prefers not to recognize Trump's historic achievements in the Middle East.

In November, reports the Jerusalem Post, Defense Minister Benny Gantz signed the first-ever defense and security memorandum of understanding with his Moroccan counterpart.

Morocco and Algeria are contending for "leadership in the region," according to the paper's sources, who contend Algeria "must implement a more aggressive diplomatic strategy. Over the last 10 years, Algiers has bought [more than] twice as much equipment ($10.5 billion) as Morocco ($4.5)."

Many European, Middle Eastern and Latin American nations, as well as the U.S., consider the Iranian-backed Hezbollah movement as a terrorist entity.

Yet, "a first shipment of weapons was recently" sent to the Algerian-regime backed Polisario Front through Iran's embassy in Algiers, according to Moroccan Foreign Minister Nasser Bourita: "Morocco has irrefutable proof, names, and specific actions to corroborate the complicity between the Polisario and Hezbollah," he said.

As the Jerusalem Post reported in 2021, Algeria's president, Abdelmadjid Tebboune, fired his nation's mediator Karim Younès when his daughter married an Israeli Arab.

Michael Rubin, a U.S. foreign expert who works with the American Enterprise Institute, believes Morocco should be recognized as a model Muslim Middle Eastern country for its pro-American policies. In 1777, he notes, the Kingdom of Morocco was the first country to recognize American independence, and even became ally in World War II.

But Algeria does not see it that way.

The Middle East is a complicated and tough neighborhood.