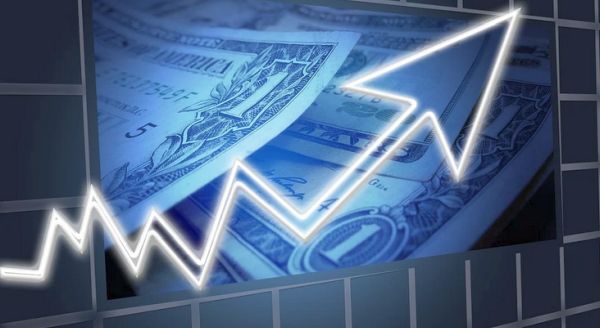 Joe Biden on Thursday unleashed a barrage of boasts about the American economy.

"In 2021, we had the fastest economic growth since 1984," he said on social media. "The Biden economic plan is working, folks."

The "White House" said in a statement, "We just learned that President Biden's first year in office was the strongest year for economic growth since 1984."

Given that the COVID pandemic of 2020 was used by many governments to literally shut down state and local economies, it would be a shock if the 2021 number wasn't a significant jump.

But beyond that, Biden's daily briefing apparently didn't update him on the inflation he has allowed to run wild during his term.

Consumer costs across the nation up some 7%, in some regions like the Mountain West it's closer to 9%. And then there are those housing costs – up literally tens of thousands of dollars for those looking to buy. Some locations in Arizona they've exploded by 30%, meaning what was a $400,000 house just a year ago now is $520,000.

We just learned that President Biden’s first year in office was the strongest year for economic growth since 1984. pic.twitter.com/I3qpODiHqy

A commentary at Twitchy pointed out: "White House chief of staff Ron Klain's retweet finger is going to get a workout today, because the Biden administration and other Dems are again going all-in when it comes to hoping Americans believe them over their lying eyes and gas/grocery expenses."

The comments followed a government report that the economic grew at an annualized rate of 6.9% in the final quarter of 2021, putting the year's growth at 5.7%.

Multiple leftists joined the campaign promoting the talking point, including Sen. Chuck Schumer, who said, "You're going to want to make sure your friends see this."

"Warning:" said Twitchy," Your friends might roll their eyes."

In fact, online comments included, "this will never matter if people see bare shelves at grocery stores and inflation i[s] hurting their pocketbooks. the American people are doing their part to help the economy. where the h--- is biden?"

In fact, with inflation, anyone who got less than a 7% raise in recent months actually has lost buying power under Biden.

Another said, "(The 5.7% growth in 2021 headlined everywhere is relative to 2020; meaning, it's 5.7% larger from a locked-down economy that was anyway going to open due to #TrumpVaccines.)"

But it also pointed out, "For many people, 2021 felt less like 'Morning in America' and more like a restless night, dogged by fitful dreams about the ongoing pandemic."

"And now, uncertainty continues in the year ahead, as the omicron variant continues to spread. Meanwhile, the Federal Reserve is gearing up to raise interest rates, perhaps aggressively, in an effort to combat stubbornly high inflation," the report said.

The report said, "While unemployment has dropped to just 3.9% — the lowest level since the start of the pandemic – employers added only 199,000 jobs in December."

Weakness in Biden's economy is expected to continue through 2022. And the 2021 numbers weren't THAT good, NPR said.

"Even though last year's economic growth was the strongest in decades, it fell short of what economists once hoped for. Following passage of the $1.9 trillion American Rescue Plan, some forecasters were predicting growth as high as 7%, fueled by widespread vaccinations and pent-up demand."

There also were problems with the supply chain and labor resources.