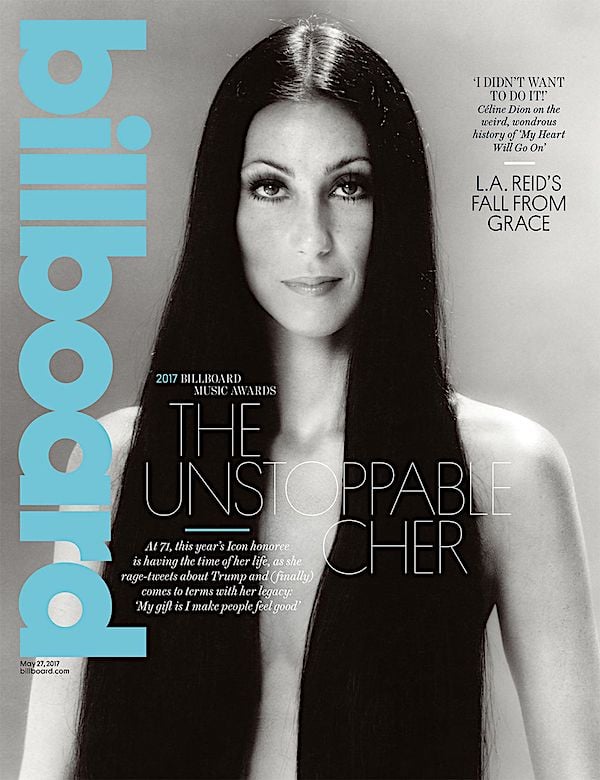 Cher on the cover of Billboard magazine.

Cher is having a nightmare. She's having a conniption fit.

In a tweet she posted, she's worried about the midterm election and gasps.

She went even further, saying if Democrats lose the White House in 2024, "stick a fork in democracy, it's done."

It seems the singer-actress was counting on passage by the Democrats of the so-called "Voting Rights Act" that would actually federalize the elections. Cher singles out Sens. Joe Machin, of West Virginia, and Kyrsten Sinema, of Arizona, who both refused to back President Joe Biden in ramming it through the 50-50 divided Senate and getting Kamala Harris to give them a win.

She then falsely accused Manchin and Sinema were depriving black "brothers" and "sisters" of the right to vote. She actually believes Biden on this.

Cher expressed her despair at the state of the Democratic Party when she called into an MSNBC show.

"I really wish the Democrats would just go on full-tilt and run around with their hair on fire," she told host Lawrence O'Donnell.