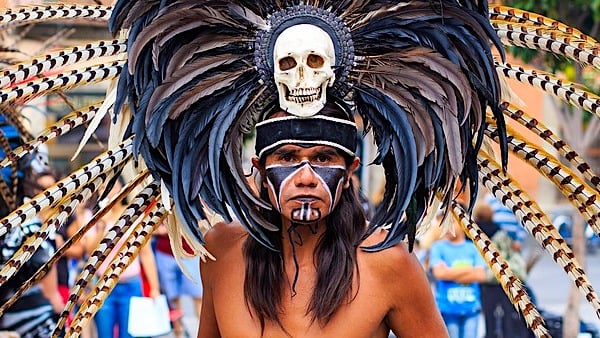 (Image by Joaquín Enríquez from Pixabay)

School officials in California have decided to remove Aztec prayers they had installed in an ethnic studies model curriculum – in a settlement of a lawsuit over the promotion of the ancient religion.

The Thomas More Society announced the settlement in a statement that explained it was a "significant triumph for freedom and equality."

The Washington Examiner reported the legal settlement addressed the use of "a series of Aztec chants and prayers" in the schools guides. They had directed "school districts to lead students in the prayers following a 'lesson that may be emotionally taxing or event when student engagement may appear to be low.'"

A spokeswoman for the Thomas More Society had pointed out that the co-chair of the state's curriculum program, Tolteka Cuauhtin, "had previously written that Christian conquistadors had committed 'theocide' against groups such as the Aztecs and that 'the response should be to 'regenerate indigenous spiritual traditions,''" the report said.

The plaintiffs in the dispute had complained the California model curriculum was "rooted in Critical Race Theory and critical pedagogy" and relied on viewing culture "with a race-based lens and an oppressor-victim dichotomy."

Joining the plaintiffs had been the Californians for Equal Rights Foundation.

Spokesman Frank Xu explained, "Our state has simply gone too far in attempts to promote fringe ideologies and racial grievance policies, even those that disregard established constitutional principles. Endorsing religious chants in the state curriculum is one glaring example. To improve California public education, we need more people to stand up against preferential treatment programs and racial spoils. At both the state and local levels, we must work together to re-focus on true education."

WND reported when the case arose that the state was endorsing the prayers as "sources of power and knowledge, invokes their assistance, and gives thanks."

"The Aztecs regularly performed gruesome and horrific acts for the sole purpose of pacifying and appeasing the very beings that the prayers from the curriculum invoke," Paul Jonna, partner at LiMandri & Jonna LLP, said.

"The human sacrifice, cutting out of human hearts, flaying of victims and wearing their skin, are a matter of historical record, along with sacrifices of war prisoners, and other repulsive acts and ceremonies the Aztecs conducted to honor their deities. Any form of prayer and glorification of these bloodthirsty beings in whose name horrible atrocities were performed is repulsive to any reasonably informed observer."

"Students first clap and chant to the god Tezkatlipoka—whom the Aztecs traditionally worshipped with human sacrifice and cannibalism—asking him for the power to be 'warriors' for 'social justice.' Next, the students chant to the gods Quetzalcoatl, Huitzilopochtli, and Xipe Totek, seeking 'healing epistemologies' and 'a revolutionary spirit.' Huitzilopochtli, in particular, is the Aztec deity of war and inspired hundreds of thousands of human sacrifices during Aztec rule. Finally, the chant comes to a climax with a request for 'liberation, transformation, and decolonization,' after which students shout 'Panche beh! Panche beh!' in pursuit of ultimate 'critical consciousness,'" he said.