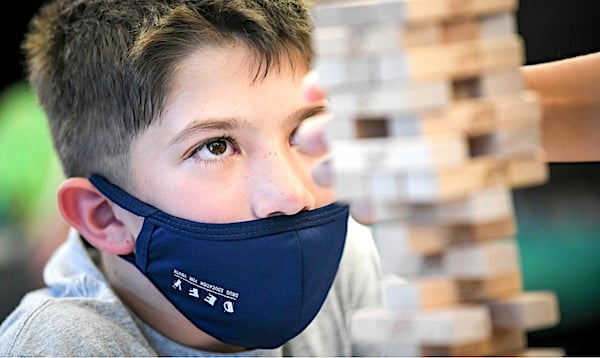 The North Carolina State Superintendent walked back plans to implement a statewide curriculum that would teach disabled preschoolers to “deconstruct whiteness,” according to a report from Education First Alliance (EFA).

Catherine Truitt, North Carolina’s superintendent of public instruction, said she “will not sign” a contract proposal that would teach disabled preschoolers “we are all products of a racialized society” and that “Whiteness affects everything … inside and outside the classroom.”

“Instead, I will create a new contract proposal that has strict guardrails and new accountability measures to ensure the true needs of our youngest and most vulnerable learners are met,” she said. “As long as I am Superintendent, our pre-K classrooms will remain places of play and learning.”

Education groups such as EFA, No Left Turn in Education and North Carolina Citizens for Constitutional Rights called on the North Carolina General Assembly to stop funding a statewide program that would teach Critical Race Theory (CRT) aligned ideas to special education students, according to an EFA press release.

The “Equity and Cultural Responsiveness” program defines whiteness as how “customs, culture, and beliefs operate as the standard by which all other groups are compared,” and it encourages “deconstructing whiteness” by “challenging it” and “developing a personal vision for racial justice, and building skills to be accountable allies to people of color.”

During a Jan. 5 meeting, the North Carolina Board of Education approved the extension of a contract with UNC Chapel Hill’s Frank Porter Graham (FPG) Child Development Center, which has worked with the Office of Early Learning (OEL) of the North Carolina Department of Public Instruction (DPI) since 2013.

“While we are heartened to see that the superintendent is willing to backtrack on her plans to inject racism into the disabled preschool curriculum across the state, we are keeping a watchful eye on how this process will unfold,” EFA president Sloan Rachmuth told the Daily Caller News Foundation. “We’ve been disappointed at the lack of transparency throughout the entire process, and we expect that this procedure will be handled in full view for the public.”

Truitt initially denied that the state program was related to CRT and moved forward with the contract to allocate millions for the program, according to emails released by EFA. State board of education member Amy White voiced her concerns about the program to Truitt at the board meeting because she received messages saying that the curriculum teaches “critical race theory” and “anti-racism.”

The program’s “anti-racist work” is “wholly separate from anything they are doing,” Truitt claimed at the Jan. 5 meeting.