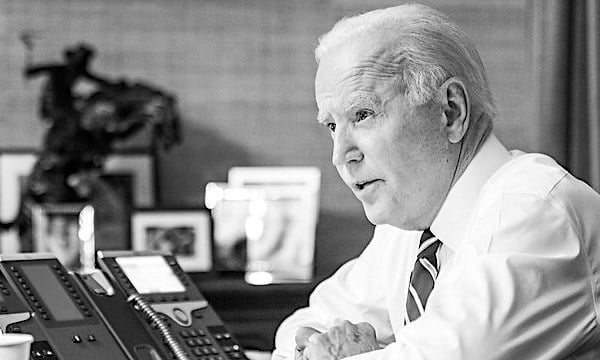 China's Communist Party, the controlling power in the repressive nation, probably has "thousands" of American professors on its payroll, according to China expert Gordon Chang.

He noted at the Gatestone Institute, where he is a distinguished senior fellow, the recent guilty verdicts on six felony counts against Charles Lieber, who is the former chair of Harvard's Department of Chemistry and Chemical Biology.

The New York Times called him one of the nation's "top research chemists" but then he lied to the FBI about participating in Beijing's "Thousand Talents Program," and getting paid for that.

The payments were something in the range of $50,000 per month, and to make matters worse, he reportedly did not pay income taxes.

"The case against the Harvard academic was airtight," Chang explained. "Nonetheless, members of America's academic elite are up in arms that the Department of Justice prosecuted Lieber, and many are campaigning against law enforcement efforts."

He said that's because, "China's regime has bought America's academic community and turned it against America."

He continued, ""Justice did not go after Lieber for espionage or intellectual property theft. Instead, it hit him with relatively minor charges in order to obtain convictions. Yet make no mistake: Lieber's activities were deeply injurious to the United States. The Harvard professor recruited American talent to work in China. In 2011, Lieber had agreed to become a 'strategic scientist' at the Wuhan University of Technology and consequently a part of the Thousand Talents Program, an effort to attract foreign specialists for Beijing."

Chang explained, "For his efforts, Beijing rewarded Lieber handsomely: $50,000 a month, among other payments. As Charles Burton, once a professor at Brock University and now a leading expert on China's infiltration of Canada, tells Gatestone, 'Scientists around the world, identified as leaders in areas of advanced research that are strategic priorities, are targeted by a well-funded sophisticated engagement that plays on their vanity, naiveté, and greed.'"

Not only did China offer money to tempt Lieber, he apparently was in it for his ego as well, as China apparently offered support for him to win the Nobel Prize.

Now allies of China's communists are blaming the DOJ for the case, he said.

"They accuse this law-enforcement effort of 'racial profiling,' 'selective prosecution,' and 'prosecutorial overreach.'"

Chang explained it's likely Lieber lied because he knew what he was doing was wrong, "that he was aware he was taking money to harm the United States."

That would be money from China's Communists, who have engaged for years in taking intellectual property from the U.S., an industry estimated to be worth perhaps $500 billion a year.

"The effort has been successful. I am told there are 'thousands' of professors on Beijing's payroll in California universities," Chang reported.

Xi Jinping, in fact, has said it is regime priority to attract foreign professionals to give state-of-the-art know-how to China.

Chang explained, "China's regime believes that the competition for talent is a war. In that war, China's military has access to all technology in nominally civilian Chinese institutions and companies, and the Chinese military is planning to use this tech to develop the means to kill Americans by the hundreds of millions."

But, he said, "Americans working for Beijing, whatever their intention, are essentially traitors. Lieber, a traitor, has inflicted incalculable damage on America."