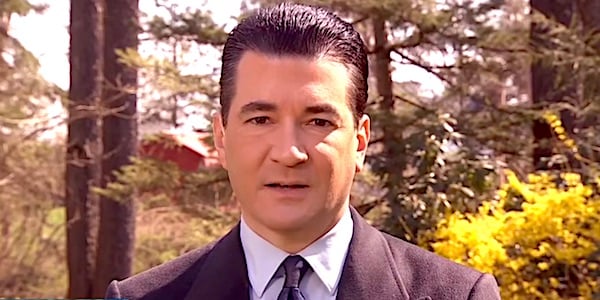 Average daily COVID-19 cases have fallen at least 10% in the last week in the United States, and Gottlieb believes that if the virus continues on its present course, it likely will become endemic soon.

"I think the base case is that this signals the end of the pandemic phase of this virus," Gottlieb told CNBC's "Squawk Box."

The much more contagious yet considerably milder omicron variant now comprises about 99.5% of the cases in the U.S., according to the CDC. Many U.S. epidemiologists are looking at the hopeful trends in the U.K. and South Africa, where daily cases have fallen rapidly. In South Africa, where omicron was first detected, about 5,000 new cases are being recorded daily, compared to more than 23,000 a day last month. Last Friday, Democratic Gov. Kathy Hochul announced New York state had recorded about 48,000 coronavirus cases,  a nearly 47% drop from the roughly 90,000 cases reported a week earlier.

Further, British government figures show deaths in England and Wales are below average for this time of year, which the Telegraph of London reported as "the latest sign that the pandemic is coming to an end."

Prof. Andrew Hayward, a member of the government's Scientific Advisory Group for Emergencies, known as SAGE, said he expected the virus to settle into a seasonal pattern that will cause "much less disruption."

"We may still get quite big winters of infection but not the sort of level where we can justify wholesale societal closedown," he told Times Radio. "So I think it is genuinely an optimistic picture."

Britain's health secretary, Sajid Javid, said Monday he was cautiously optimistic that COVID-19 restrictions could be "substantially reduced" next week.

Meanwhile, Fauci, the director of the National Institute of Allergies and Infectious Disease, warned at the Davos Agenda virtual event Monday that a new variant could emerge that would prevent the endemic stage of COVID.

"It is an open question as to whether or not omicron is going to be the live virus vaccination that everyone is hoping for," he said.

"This pandemic is nowhere near over and with the incredible growth of omicron globally, new variants are likely to emerge," Dr. Tedros Adhanom Ghebreyesus said at a news conference.

He said the virus "is circulating far too intensely with many still vulnerable."

Gottlieb acknowledged that the "worrisome scenario is that you get something that’s divergent evolution like omicron did."

"Most people think that’s unlikely to happen, but most people felt that was unlikely to happen before and that delta would be the dominant lineage, and then omicron came along; it had been mutating in a sequestered pocket somewhere and re-emerged into the human circulation."

In an interview with WND last week, Dr. Peter McCullough said the fact that omicron is presenting symptoms akin to the common cold while being much more contagious than the delta variant could spell the end of the pandemic, serving as a "universal booster."

"We've seen this virus continue to drift and undergo gradual evolution...there is a presumption at some point we are going to have a dominant lineage," says @ScottGottliebMD. "The conventional wisdom right now is it's likely to be omicron." pic.twitter.com/6BEEGzDTJs