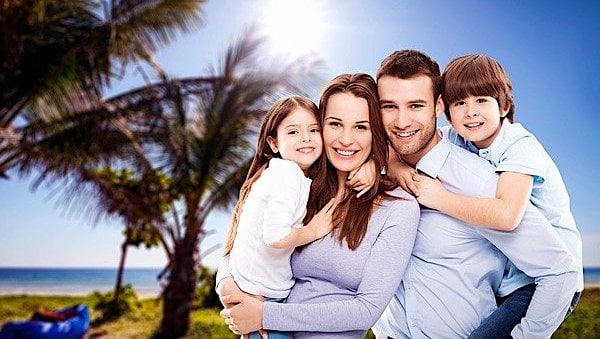 The Freedom of Information Case was launched after the FBI failed to respond to an Oct. 6, 2021, request for information about his actions.

Judicial Watch chief Tom Fitton said, "The Biden administration wants to target parents as 'terrorists' by abusing the FBI and DOJ to intimidate those who oppose the racist and anti-American Critical Race Theory agenda. And now Judicial Watch had to file a federal FOIA lawsuit because the agencies are in cover-up mode over this shocking abuse of power."

The case is seeking all FBI records related to Garland's Oct. 4, 2021, memo that targeted concerned parents.

His threat came in what was called, "Partnership Among Federal, State, Local, Tribal, and Territorial Law Enforcement to Address Threats Against School Administrators, Board Members, Teachers, and Staff."

The request for information includes records related to any actions planned or taken by the Federal Bureau of Investigation in response to the memorandum, as well as all related records of communication between any official or employee of the FBI and any other individual or entity."

WND reported that House Republicans reported getting whistleblower documents that show the FBI used its counterterrorism division to investigate and place "threat tags" on parents who confront school boards.

That's even though Garland, in sworn testimony, denied that.

A letter from Rep. Jim Jordan, R-Ohio, to Garland noted the attorney general's Oct. 21 testimony to the House Judiciary Committee in which he claimed the FBI was not using federal counterterrorism tools to target concerned parents, reported Christopher Rufo on Twitter.

"Like you, I can’t imagine any circumstance in which the Patriot Act would be used in the circumstances of parents complaining about their children, nor can I imagine a circumstance where they would be labeled as domestic terrorists," Garland told the House panel at the time.

Rufo, with his extensive research of school curricula, has been the catalyst for the grassroots movement of "mama and papa bears" protesting the implementation of Critical Race Theory principles in K-12 education following the death of George Floyd in May 2020.

Jordan then reminded Garland he testified he didn't think "parents getting angry at school boards for whatever reason constitute(s) domestic terrorism. It's not even a close question."

But now, he wrote, they have received a disclosure from a Justice Department whistleblower "calling into question the accuracy and completeness of your testimony."

The email referenced Garland's Oct. 4 directive to the FBI, the lawmakers wrote, to address school board threats and notify FBI personnel of a new "threat tag" created by the Counterterrorism and Criminal Divisions.

The email directed FBI personnel to apply the new threat tag to all "investigations and assessments of threats specifically directed against school board administrators, board members, teachers and staff."

The purpose, the email said, was to "scope this threat on a national level and provide an opportunity for comprehensive analysis of the threat picture for effective engagement with the law enforcement partners at all levels."

The "left-wing" group is the National School Boards Association, which, the White House has acknowledged, coordinated with the White House prior to sending a Sept. 29 letter to President Biden labeling parents as "domestic terrorists" and urging the Justice Department to use federal tools, including the Patriot Act, to target parents.

An earlier legal action against Garland was launched by the American Freedom Law Center in U.S. District Court in Washington on behalf of a group of parents from Saline, Michigan, and Loudoun County, Virginia.

It charges that Garland "effectively" criminalizes public criticism of local school boards by parents in violation of the First and Fifth Amendments to the U.S. Constitution.

AFLC Senior Counsel Robert Muise said at the time, "The government is without authority to criminalize First Amendment activity that might cause another to feel 'harassed' or 'intimidated,' even if that is what the speaker intended, absent a showing that the speech itself falls within one of the very narrow, recognized exceptions, such as making a 'true threat' or engaging in 'fighting words' or 'incitement'—which is not happening here."

He continued, "First Amendment freedoms, such as those possessed by the objecting parents and private citizens, are protected not only against heavy-handed frontal attack, but also from being stifled by more subtle government interference. There is no question that the purpose and intended effect of the attorney general’s recent pronouncement is to silence dissenting opinions, in violation of the First Amendment."

The case describes Garland's statements as "a one-page screed that rubber-stamps the claims of 'progressive,' left-wing activists. It fails to address the Department of Justice’s lack of jurisdiction to intrude on interactions between parents and local school boards in the absence of any federal crime, and it fails to account for the fact that the First Amendment protects political dissent—even dissent that rises to the level of intimidation or harassment."

The parents are seeking a court order to halt Garland's use of the power of the federal government "to silence parents and other private citizens who publicly object to and oppose the divisive, harmful, immoral, and racist policies of the 'progressive' Left that are being implemented by school boards…"