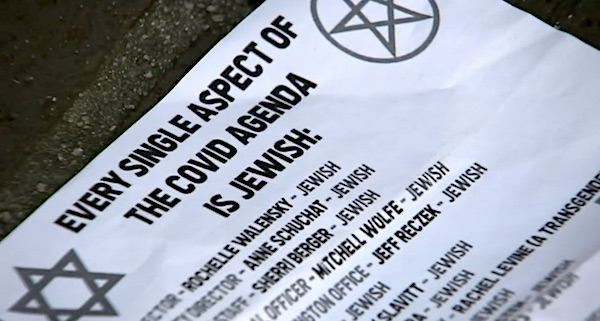 (KGO) -- SAN FRANCISCO -- Dozens of offensive, antisemitic flyers were found in San Francisco over the weekend, and they appear to be identical to fliers found in several other cities across the county.

“It was a small plastic sandwich baggie weighed down with some rice, and it had a flier that said the entire COVID agenda was Jewish,” a woman who found one of the flyers said.

She noticed the offensive flyers while on a walk Sunday morning.