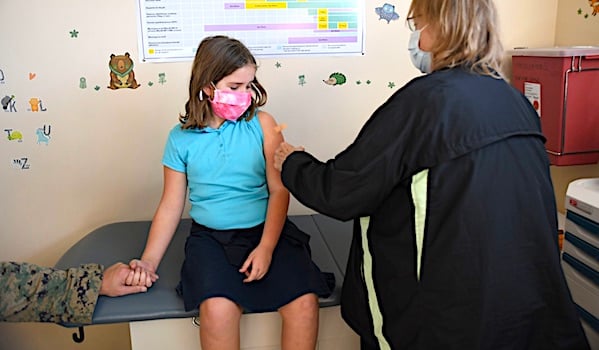 A German government report found more than 95% of reported cases of the omicron COVID-19 variant in the country were in vaccinated individuals.

Only 186 people in a sample of 4,206 individuals who contracted the new variant were unvaccinated, according to a Dec. 30 report by the Robert Koch Institute, the National Pulse reported.

The vaccinated people who tested positive for omicron had at least two doses. Among the infected, 28% had received a third dose or "booster" shot.

Nearly 90% of the German population has received at least two doses.

The institute report also documented symptoms for 6,788 people who had been infected, and mostly no or mild symptoms were reported. A total of 124 patients were hospitalized and four people died.

The data, aligning with other data and studies, come amid President Biden's pursuit of federal vaccine mandates that are facing roadblocks in court. The administration also is floating the idea of requiring vaccination for all domestic air travel.

A recent study by Danish researchers found that after 90 days, the COVID-19 vaccines will make you more likely to get infected from omicron, not less.

Earlier, the New York Times reported scientists were warning that a plan by the Israeli government to recommend a fourth vaccine dose to address signs of waning immunity a few months after the third shot could backfire.