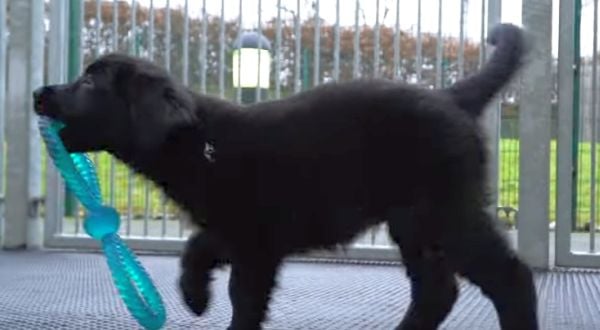 (UPI) – A British service dog charity said officials were shocked when a German shepherd gave birth to a litter of 16 puppies. The Guide Dogs National Center, near Leamington Spa, England, said the 16-puppy litter is about twice the average number for the breed.

The charity said the puppies, born to a German shepherd mother and a golden retriever father, will spend time in volunteer foster homes and will be trained as guide dogs.

The Guide Dogs National Center said the litter is the largest seen in the 60-year history of the charity's breeding program.